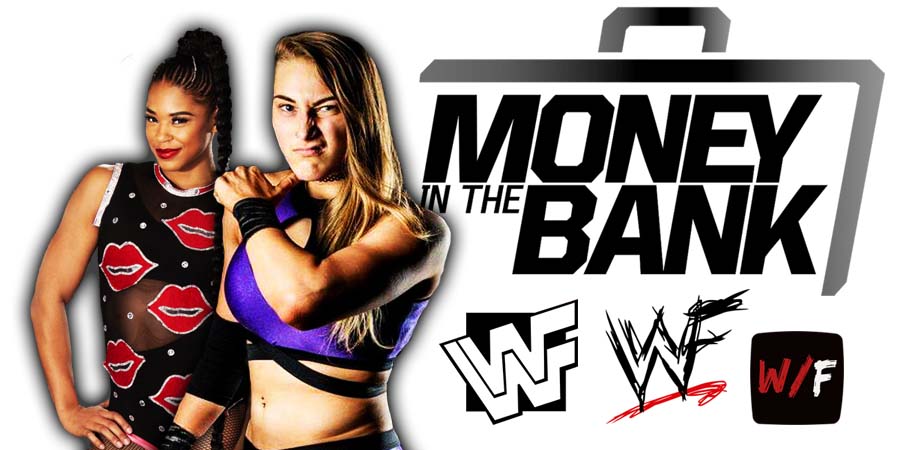 • Rhea Ripley Is Dealing With A Brain Injury (Video)

On Monday’s RAW, it was revealed that Rhea Ripley is not cleared to compete, so she won’t be able to face Bianca Belair for the RAW Women’s Championship at Money In The Bank 2022.

Ripley tweeted a GIF from Dragon Ball Z related to healing, as she plans to return soon:

Rhea suffered an injury after her head collided with her own knee after taking a DDT from Alexa Bliss.

The Berzerker vs. Glen Ruth

The Legion Of Doom/The British Bulldog vs. The Nasty Boys/The Mountie

Crush vs. The Brooklyn Brawler