• Ric Flair Assaulted Ahead Of His Last Match (Video)

On that night, Flair will team up with his son-in-law, AEW wrestler Andrade El Idolo, to take on the team of AEW wrestler Jay Lethal & WWE Hall Of Famer Jeff Jarrett. 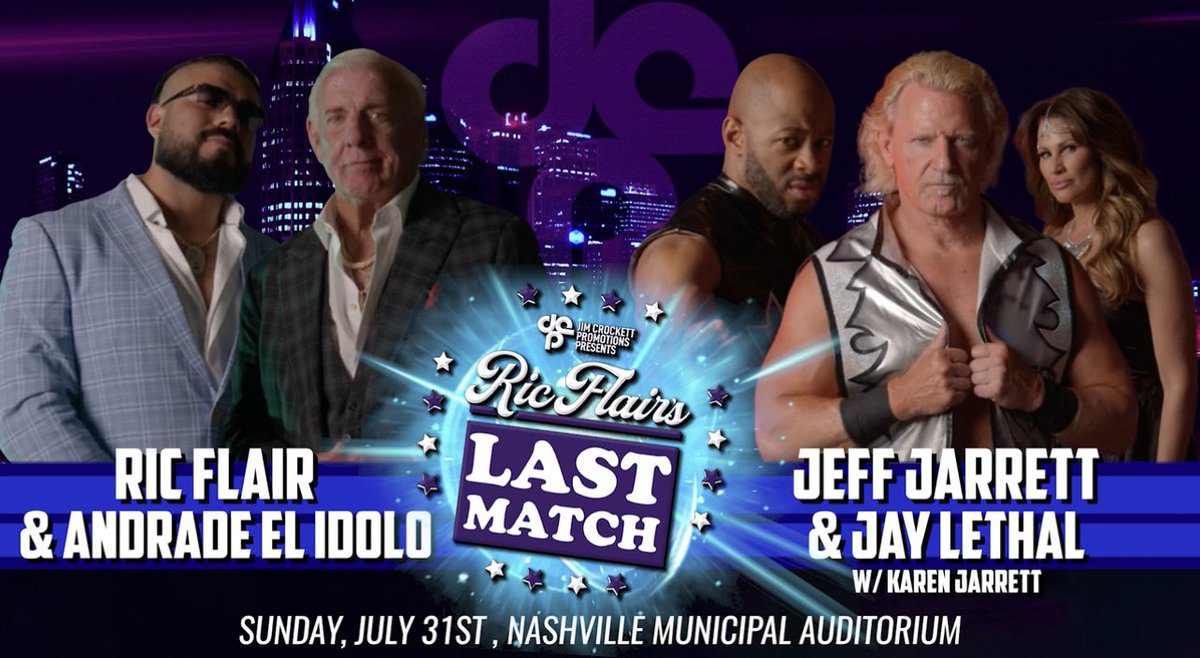 To build up to this match, Flair, Lethal & Jarrett did an angle at a parking lot, where Lethal assaulted Flair as he accused The Nature Boy of using him.

Jarrett then tried to stop Lethal, but Flair ended up saying “f**k you Jarrett” and that he doesn’t like Jarrett’s father either.

This led to Jarrett assaulting Flair and leaving him a bloody mess.

No One Attacks The Nature Boy & Gets Away With It! pic.twitter.com/J0A2KJJMs7

On this day in Pro Wrestling history on July 19, 2009, TNA Victory Road 2009 PPV took place at the Impact Zone in Universal Orlando.

In the main event of the show, Kurt Angle defended the TNA World Heavyweight Championship against Mick Foley and Samoa Joe faced Sting in the co-main event.