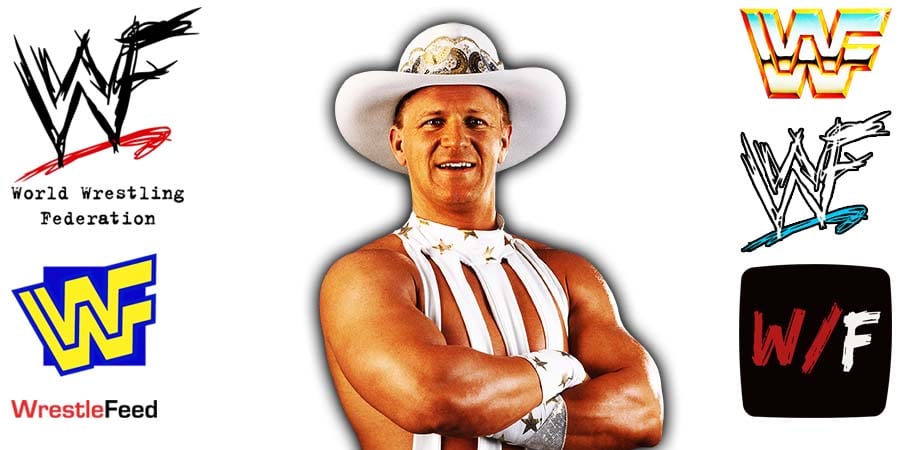 WWE Hall Of Famer Jeff Jarrett will be pulling double duty during the SummerSlam 2022 weekend.

On July 30th, he will be the Special Guest Referee for the Undisputed WWE Tag Team Championship match between The Usos & Street Profits at SummerSlam.

On July 31st, he will team up with Jay Lethal to face Ric Flair & Andrade El Idolo in a tag team match at “Ric Flair’s Last Match” event.

Many fans were shocked that Jarrett is allowed to wrestle in Ric Flair’s last match, despite having the SummerSlam appearance lined up and being WWE’s Senior Vice President Of Live Events.

According to the Wrestling Observer, Jarrett doesn’t have a talent contract in WWE, so he’s allowed to wrestle outside of WWE:

“With Jeff, the thing with Jeff is that Jeff doesn’t have a talent contract. So legally, even though he’s actually a Vice President of the company, he can wrestle this match.

I know a lot of people think that because Conrad [Thompson] in the past had booked WWE guys, including Ric, to do major things at his conventions and then WWE pulled them, that that is going to happen here, but that’s not going to happen. This has all been worked out.”