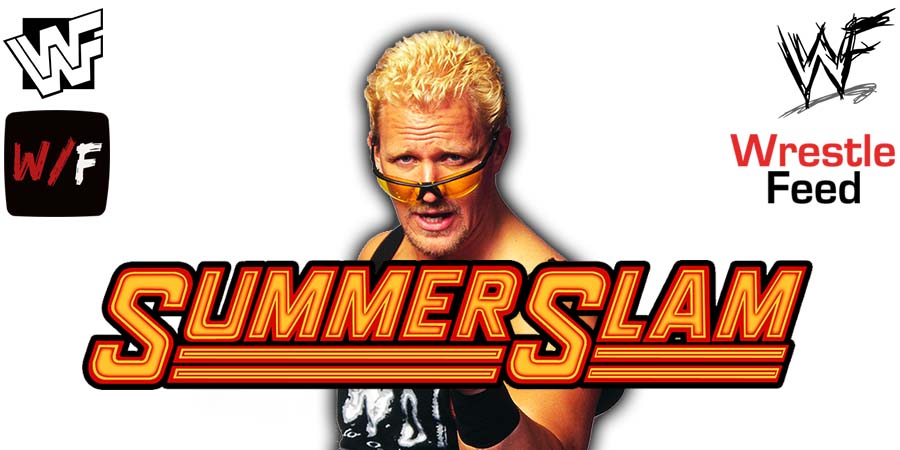 WWE Hall Of Famer Jeff Jarrett will be pulling double duty during the SummerSlam 2022 weekend.

On July 30th, he will be the Special Guest Referee for the Undisputed WWE Tag Team Championship match between The Usos & Street Profits at SummerSlam.

On July 31st, he will team up with Jay Lethal to face Ric Flair & Andrade El Idolo in a tag team match at “Ric Flair’s Last Match” event.

According to the Wrestling Observer, WWE is using Jarrett at SummerSlam because he’s from Nashville and he might help with promoting and selling the tickets just a little bit:

“The deal is, it’s Nashville. From a national audience standpoint, whatever. But, it’s Jeff Jarrett, you know, again, the Jarrett family in Nashville goes back 55 years.

I can see for the Nashville market and he can go do promotion. They still got a lot of seats to fill. I get it, I definitely get it.

I don’t know if this is just a one-timer or if they’re going to introduce him as a regular character, but I was very surprised when they announced Jeff Jarrett that he didn’t come out.”

On this day in 2006, World Wrestling Entertainment aired the first ever episode of their weekly TV show ‘ECW on ScyFy’.

This episode was taped earlier that day at the American Bank Center in Corpus Christi, Texas.

WWE’s “ECW” show would last until early 2010, before its weekly spot was given to NXT.

Here’s the match-card from that night:

1. Mike Knox vs. The Sandman

3. The Big Show vs. The Undertaker