For almost 40 years, Flair has been using his famous catchphrase ‘To be the man, you got to beat the man’, which is why Ric feels like Becky’s nickname is violating his intellectual property.

They have to say to themselves, ‘Boy, he took something that he worked his whole life, his a$$ off for, every day, made a joke of it, and gave it away’.”

Flair also tweeted the following recently (which he later deleted):

“I’ll take 2 apologies – one from big time Becks & one from the WWE … and a check for 20 Million! You already have my wiring instructions @WWE!” 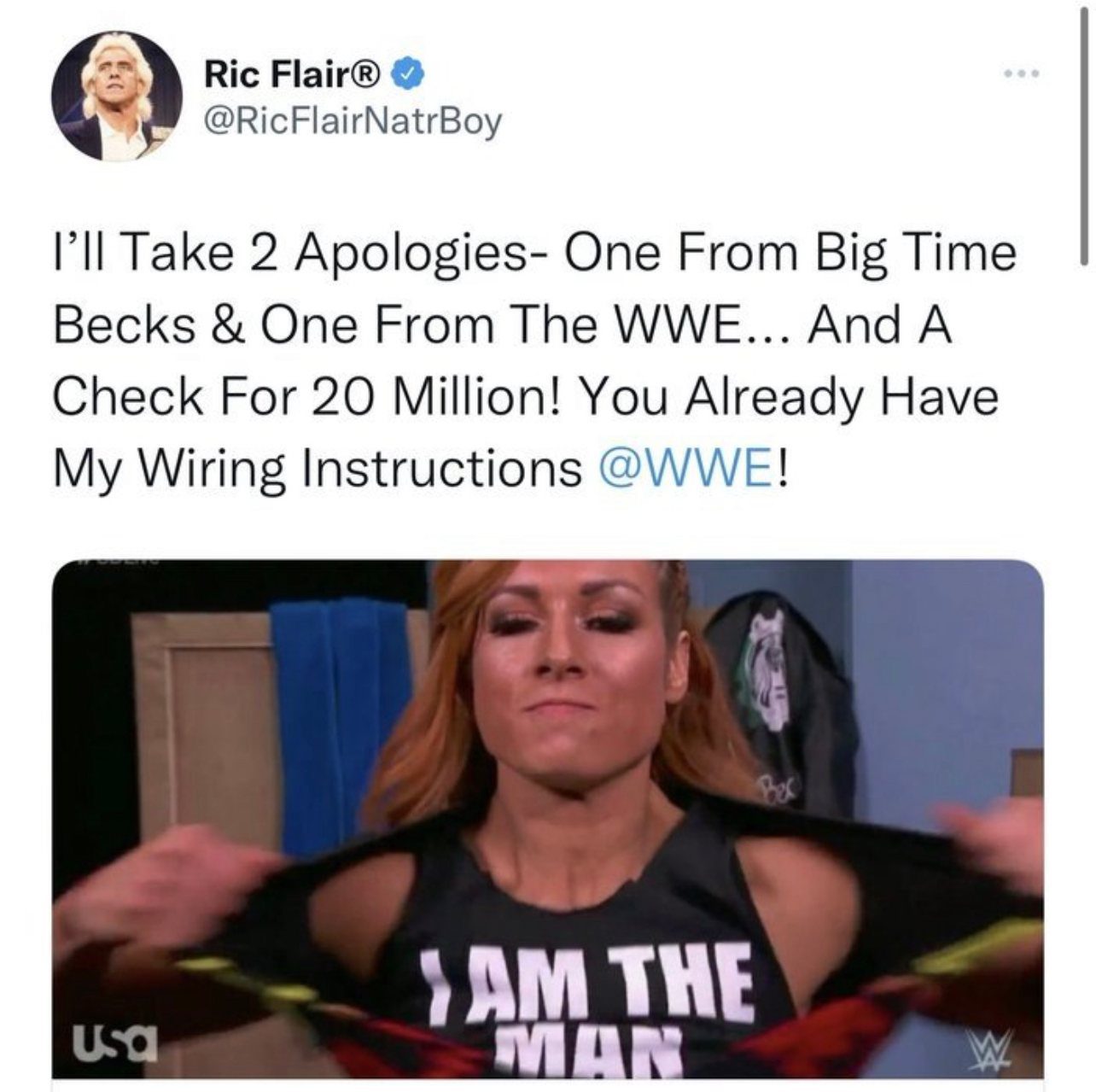 – The Orient Express vs. The Brooklyn Brawler/Sonny Blaze (Joined In Progress)

– Jimmy Snuka vs. The Warlord

– Hillbilly Jim Comes On To The Set

– The Bushwhackers vs. Dennis Allen/The Gladiator