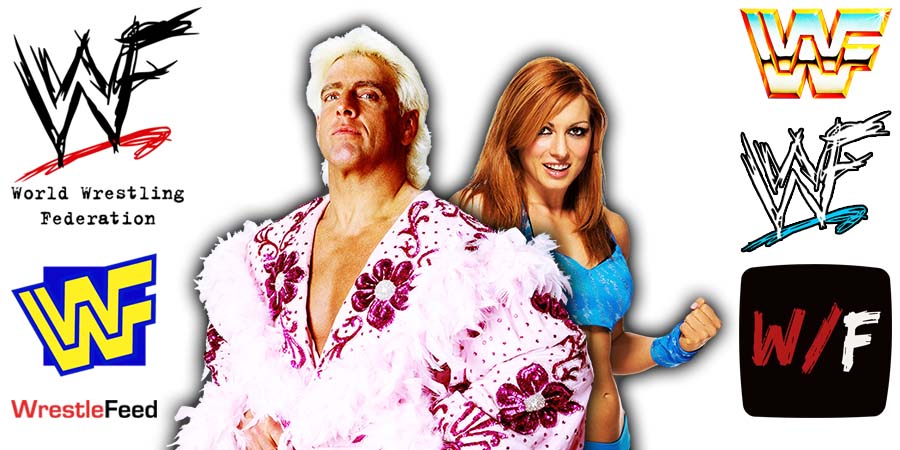 After winning the Women’s Royal Rumble 2022 match, Ronda Rousey appeared on RAW the next night, where she was confronted by RAW Women’s Champion Becky Lynch.

Becky said the following to Ronda: “Welcome back Ronny.”

The Nature Boy didn’t like this and said the following on his podcast:

“Once again, she’s not Ronny, she’s Ronda Rousey, okay. Anybody stupid enough to call her Ronny and make a joke of her presence and what she brings to the company is out of their mind.

As an example, what is her name now? Big Time Becks? ‘Hey Ronny, welcome back.’ Wow, that’s exciting. Hey, how about: thank you Ronda for showing up because I’m not The Man anymore, I’m generic…who am I? Big Time Becks? The Lasskicker? Who am I?”

This led to Becky tweeting the following:

“Work so hard your heroes become your rivals. Then, become so good, Ric Flair loses his mind every time you breathe”- Becky Lynch – February 2022