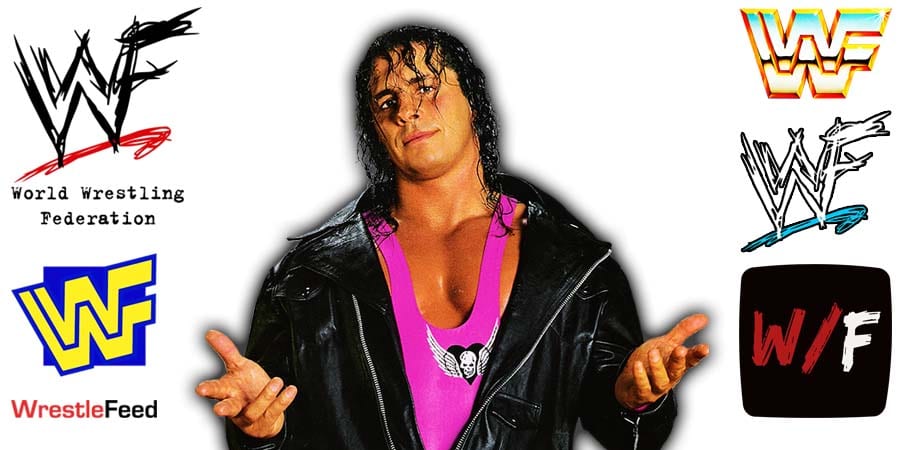 2-Time WWE Hall Of Famer Ric Flair was recently interviewed by his son-in-law Conrad Thompson on AdFreeShows, where they discussed the current state-of-mind of Bret Hart, who said some harsh things about legends like Triple H and Goldberg.

Here’s what The Nature Boy said about The Hitman:

“What I do wanna do is be able to walk into the building and not have people say, ‘God, he’s bitter, he’s old, and he’s gonna continue to knock people’. I couldn’t live like that.

And calling Roman Reigns the next Triple H or cracking on him, I mean, how uncomfortable is that for people in the family to walk around in front of Hunter? And Shawn, who is an integral part of the company.

What else? Jerry Lawler, ‘Jerry Lawler hit me with a chair too hard’.

Wow, okay, I don’t understand it. I don’t ever wanna be that lonely.”

Bret Hart then took to Twitter to issue the following statement:

“I know my comments at times can be unpopular or, at the very least, spark debate in the wrestling world, but it’s become apparent to me that someone is saying I did an interview with them recently but using old quotes of mine from way back.

I very, very rarely do wrestling podcasts, and I’m aware of what interviews I have done since the pandemic started. Anyone that is advertising that I did their podcast recently is flat out lying. For the record, I reached out to Ric and we’ve cleared the air with each other.

I consider Ric a friend of mine and, considering I have very few friends left in the business, I want to keep it that way.”

For those who don’t know, Bret is referring to “The 81 Podcast” here.

It was broadcasted from the the Nashville Municipal Auditorium in Nashville, Tennessee and featured matches, interviews & storyline segments on the road to the ‘WCW Slamboree 1996’ PPV.

1. The Steiner Brothers vs. Public Enemy