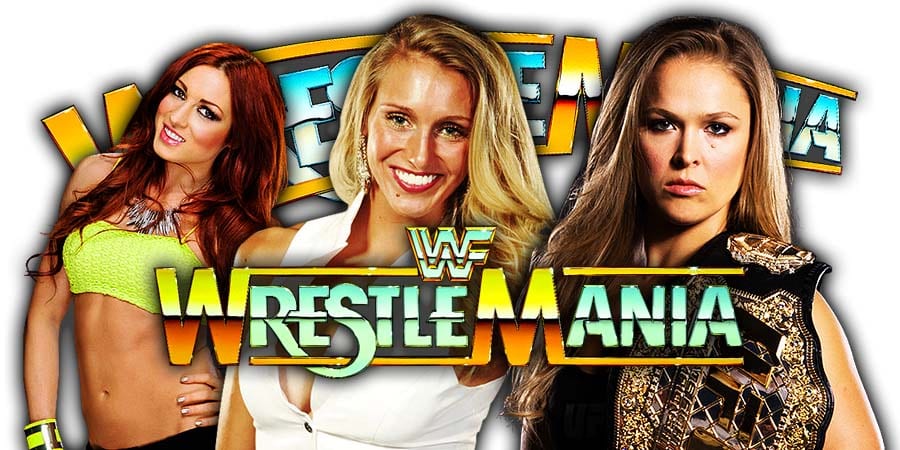 On the latest episode of his weekly ‘Wooooo Nation Uncensored’ podcast, Old School NWA/WCW/WWF Legend Ric Flair claimed that both Becky Lynch and Ronda Rousey needed his daughter Charlotte Flair in order to be able to main event WrestleMania 35.

WrestleMania 35 in 2019 was the first ever WrestleMania in history to feature a women’s match in the main event.

Becky Lynch won that Triple Threat Match by pinning UFC Legend Ronda Rousey, who hasn’t appeared on WWE TV ever since and has yet to announce her return to professional wrestling.

Also Read: “I was pretty devastated, I was also severely concussed” – Becky Lynch On Not Getting To Face Ronda Rousey In A Singles Match

Harris was used on weekly C-Shows like WCW Worldwide & WCW Saturday Night during his 2000-2001 WCW run, but was not among the wrestlers that were signed to a WWF deal when Vince McMahon bought the company in March 2001.

He also portrayed a Fake Sting at the Halloween Havoc 2000 PPV.

Together with fellow WCW Veteran James Storm, Chris was placed in a Tag Team called America’s Most Wanted by TNA Total Nonstop Action! in 2002.

They split as a team (storyline wise) in 2006, but Harris remained on TNA contract till he left in early 2008.

Right away he was signed by the WWE and became known as ‘Braden Walker’ on the ‘ECW on ScyFy’ roster.

The character lasted for 1 month, before he was fired from his World Wrestling Entertainment contract.