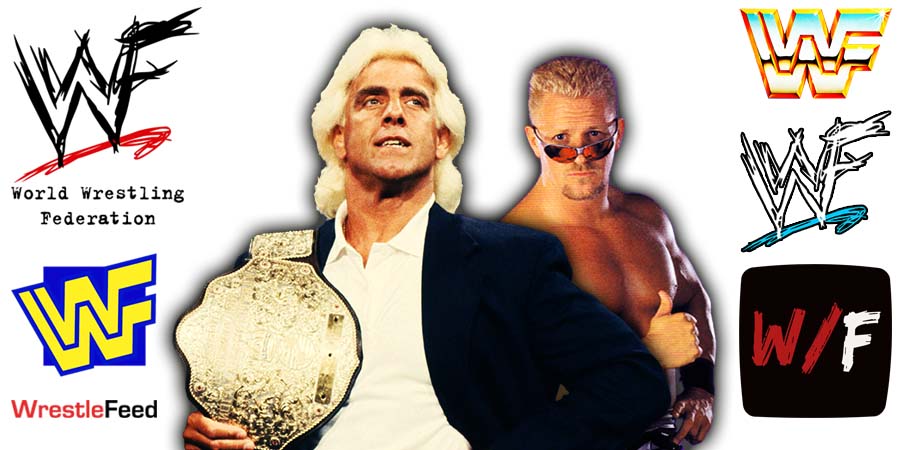 • Ric Flair Drank Every Night Ahead Of Tonight’s ‘Last Match’

With SummerSlam taking place on a Saturday this year, another major wrestling event titled ‘Ric Flair’s Last Match’ will be held in the very same city of Nashville, Tennessee on Sunday.

The event features IMPACT Wrestling (fka TNA) stars, AEW stars and independent wrestlers, but first and foremost will be main evented by WWF/NWA/WCW Legend Ric Flair competing in what is scheduled to be the final match of his long, illustrious career.

Here’s what Ric Flair told TMZ during a recent interview:

“I would never postpone it. Hey’d have to kill me for that. So many people have contributed their time and effort to make this happen. I just wanted to be at 100% of what I can be now.

I guaranteed you that I’ll be drinking every night. I don’t do good when I don’t drink.”