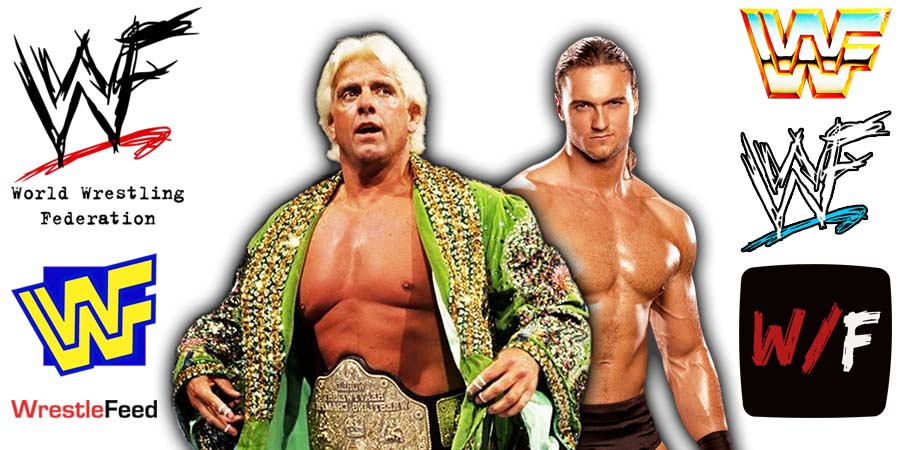 At WWE Clash At The Castle 2022 in the UK, Roman Reigns survived Drew McIntyre (this time with the help of new Bloodline member Solo Sikoa) to retain the Undisputed WWE Universal Championship and continue his 2-year title reign.

On his ‘To Be The Man’ podcast, 2-time WWE Hall Of Famer Ric Flair explained why this was the right decision.

“It’s not that Drew didn’t deserve to win but if you’re gonna get eventually if that’s the plan, which we all hope it is and I’m sure the company hopes it is.

I’m assuming the company, never hope or assume anything, but if the plan is The Rock and Roman I just think the words ‘Heavyweight Championship’ are very important in that match.

And I think taking the belt off Roman and taking nothing away from Drew, Drew could very easily carry it and be a good champion as well.

But the big match for the company, maybe one of the biggest of all time, obviously is Rock, if he elects to do that and Roman.

So the way they did it didn’t hurt Drew at all. And Drew, you know, he’s always gonna be great.”

Also Read: Did WWE Forget To Cut The Feed When Drew McIntyre & Tyson Fury Were Singing?

This episode was pre-taped from the Target Center in Minneapolis, Minnesota and featured matches & storyline segments on the road to the ‘WWE UNFORGIVEN 2002’ PPV.

6. The Undertaker vs. Matt Hardy