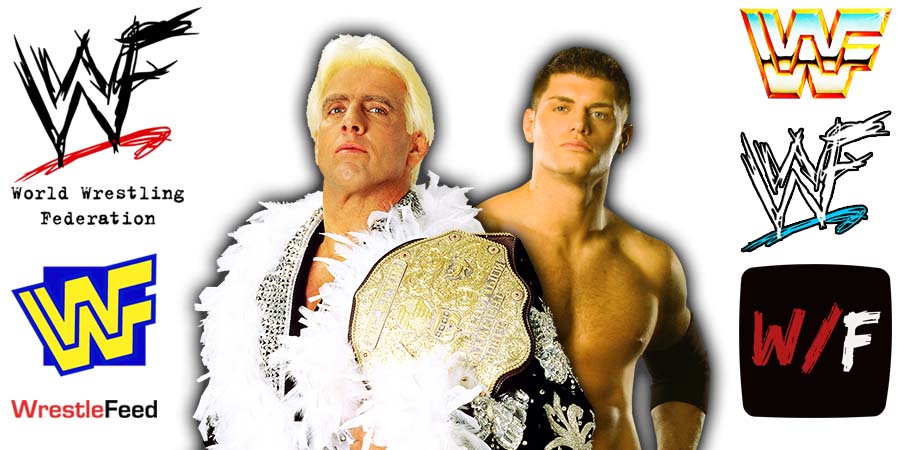 At the Hell In A Cell 2022 premium live event, Cody Rhodes defeated Seth Rollins inside Hell in a Cell.

This was Cody’s 3rd straight PLE win over Seth.

Also, Cody and Seth have faced each in 18 singles matches since WrestleMania 38 (on TV, PPV, Live Events, Dark Matches) and Cody defeated him 18 times.

Many fans think back-to-back losses to Cody really hurt Seth’s credibility in the WWE, especially when he lost against an injured Cody this past Sunday.

However, 2-time WWE Hall Of Famer Ric Flair doesn’t think so. Here’s what The Nature Boy said on his podcast:

“[Cody Rhodes] made Seth Rollins last night more than Seth ever has since he’s been in the company.

It didn’t hurt Seth at all to lose. Going into this Monday night, they had to have a plan. He could be out three or four months with that.

I think it was great of Seth to put him over like he did the two times. Doing what they did last night, Seth’s fresh, he put a lot of heat on himself last night. The most I’ve ever seen him put on himself, and all because of Cody.”

As seen on this week’s post-Hell In A Cell RAW, Rollins showed respect to Rhodes and then attacked him with a Sledgehammer.