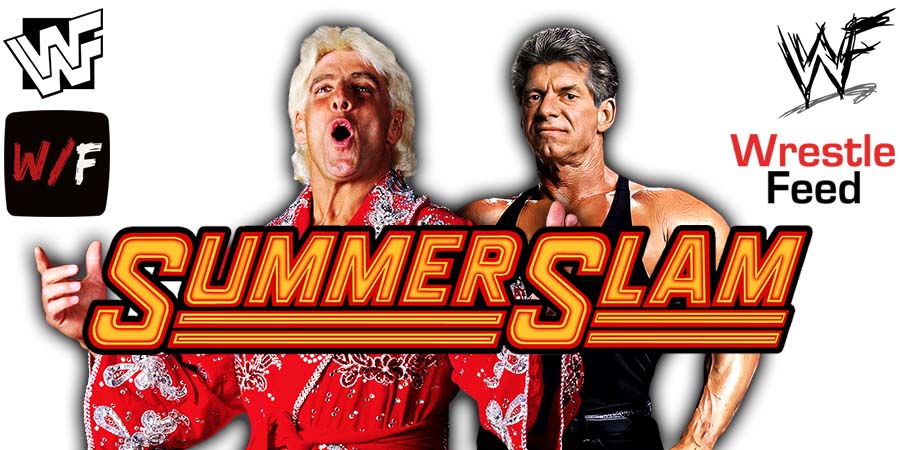 Vince McMahon was forced to retire from WWE last week due to the hush money scandal.

“I wasn’t happy about it at all. I love Vince McMahon. I don’t know what he’s doing right now. But I feel like he’ll have a hard time.

He’ll adjust, obviously. But he loved the business. He made us all who we are, from Hulk to everybody. I don’t care what everybody thinks. He made us and I have nothing but respect for him.”

On the best advice Vince ever gave him:

“He said that I needed to get my sh*t straightened out because I was pretty wild, as people are well aware of, and I can be remembered for two things.

I can either be the greatest wrestler of all time, or I could be some guy that pissed it away. You know, getting married too many times and he was with me through it all.”

On what Flair wants to be remembered as:

“Well, if I can pull this (upcoming last match) off, I’ll have to be remembered as the greatest of all time.”

Also Read: Ric Flair Was Dictated To Retire In 2008