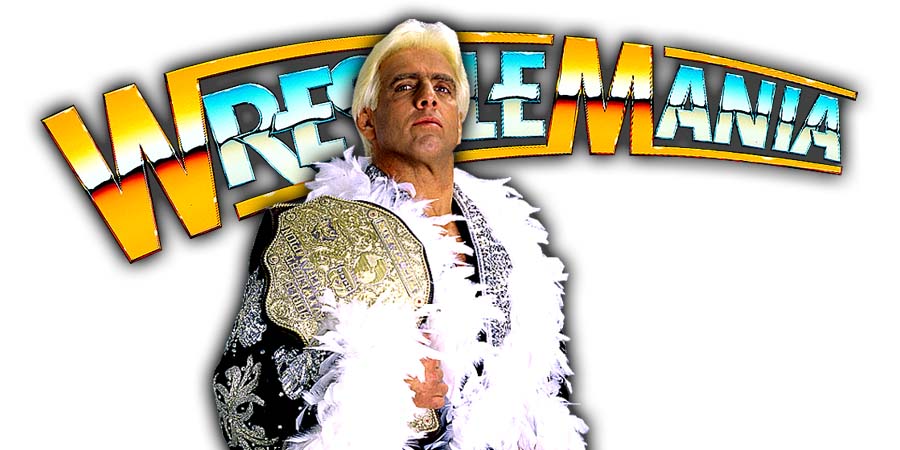 • The Ultimate Warrior Cut His Final Promo 4 Years Ago Today

On this day in Pro Wrestling history on April 7, 2014, WWE Hall of Famer The Ultimate Warrior made his first appearance on Raw since 1996 and cut his final promo (as he passed away the next day).

You can watch his promo below:

Below is what he said during the promo:

“No WWE talent becomes a legend on their own.

Every man’s heart one day beats its final beat. His lungs breathe a final breath. And if what that man did in his life makes the blood pulse through the body of others and makes them bleed deeper and something larger than life then his essence, his spirit, will be immortalized.

By the story tellers, by the loyalty, by the memory of those who honor him and make the running the man did live forever. You, you, you, you, you, you are the legend markers of Ultimate Warrior.

In the back I see many potential legends. Some of them with warrior spirits. And you will do the same for them. You will decide if they lived with the passion and intensity. So much so that you will tell your stories and you will make them legends, as well. Ultimate. You are the Ultimate Warrior fans. And the spirit of the Ultimate Warrior will run forever!”

If you haven’t watched Jay Lethal’s epic imitation of Ric Flair in TNA, you can watch it below:

Flair & Lethal reunited during WrestleMania 34 week and did another epic imitation of Flair!