As we noted yesterday, Triple H gave an update on Ric Flair during a recent appearance on ESPN SportsCenter and said the following:

“He’s doing much better. I spoke to him a couple of days ago on the phone, I’m going to speak to him again today. I tried yesterday, but we missed each other. He’s doing much better; to be honest, it’s a miracle. He was in a very bad place, and he had some health issues that just all of a sudden, just… they all just exacerbated themselves, and he got into a really bad place. But, I said it when it happened to him, if anybody could come out of this and kick out on two and a half, it’ll be Flair. He’s like teflon, he just keeps on going. 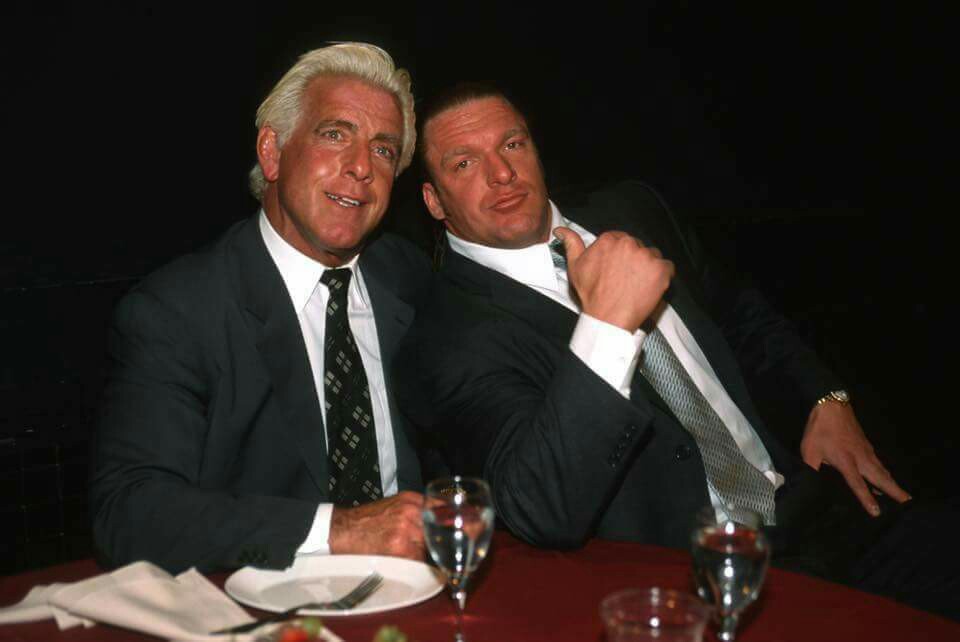 So, he’s not out of the woods 100 percent yet, but he’s doing much better, so if everybody would keep him in their thoughts still it would be great. He’s gonna be there, and I guarantee you’ll him see him strutting down the aisle one more time giving everybody the big ‘woooooo’ and doing what he does.”

“The Nature Boy” is finally doing good! He posted his first video since getting hospitalized and wrote the following:

I’m Backkkk! Thanks To Everyone For The Support These Past Couple Weeks. Just When You Thought You Could Count The Naitch Out…. Guess What? I Ain’t Dead Yet Mother F**ckers! WOOOOO!

I’m Backkkk! Thanks To Everyone For The Support These Past Couple Weeks. Just When You Thought You Could Count The Naitch Out…. Guess What? I Ain’t Dead Yet Mother F**ckers! WOOOOO! @ricflairshop