A statue for the 2 time WWE Hall of Famer “The Nature Boy” Ric Flair was revealed tonight at WrestleMania 33 Axxess and below is what WWE posted:

ORLANDO — “The Nature Boy” Ric Flair will stand immortal for all time.

At WrestleMania Axxess on Thursday night, a life-sized statue of the stylin’, profilin’, limousine riding, jet flying, kiss-stealing, wheelin’ n’ dealin’ son of a gun was revealed in front of hundreds of members of the WWE Universe and the two-time WWE Hall of Famer himself.

The presentation puts the 16-time World Champion in an exclusive club of legendary competitors who have been immortalized in bronze by New York City-based sculptor Karen Atta, who has also constructed statues of Andre The Giant, Dusty Rhodes, Bruno Sammartino and The Ultimate Warrior. 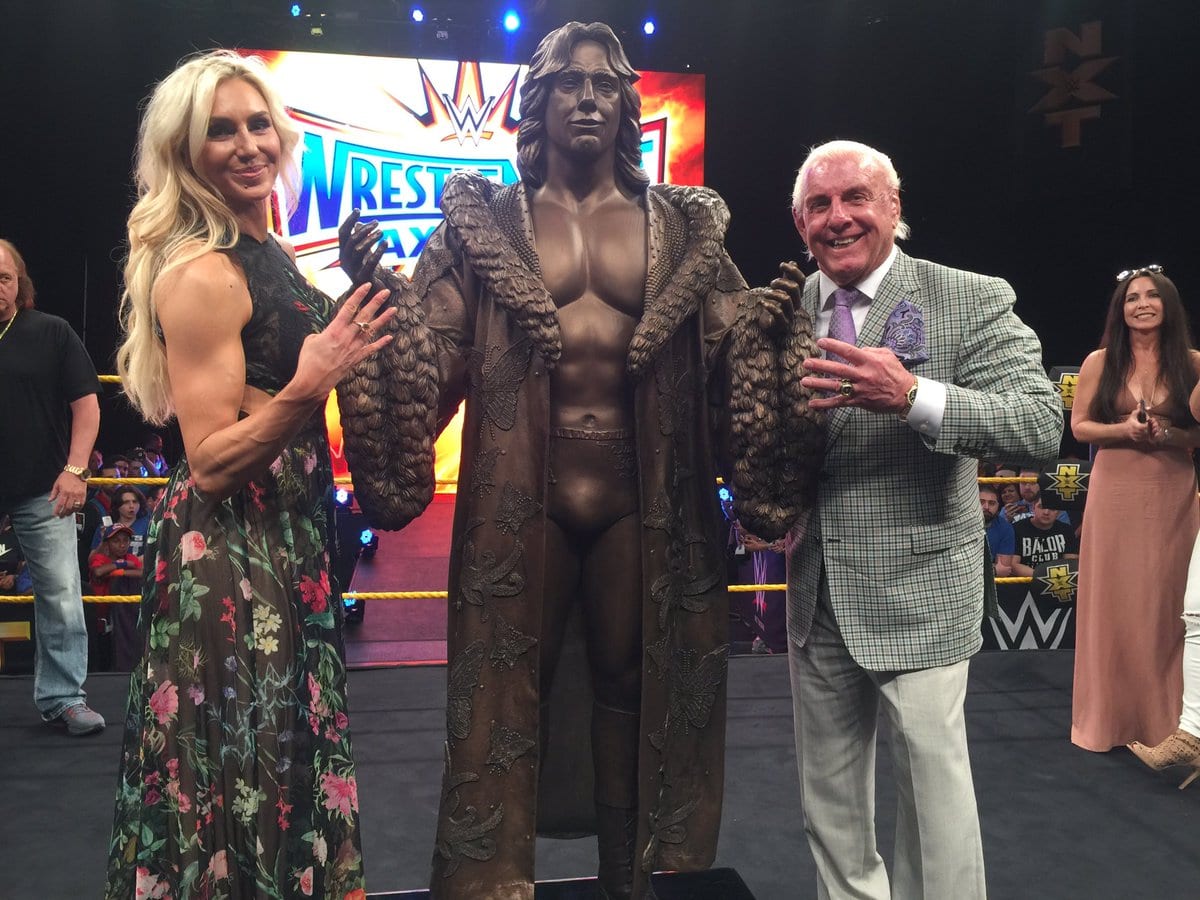