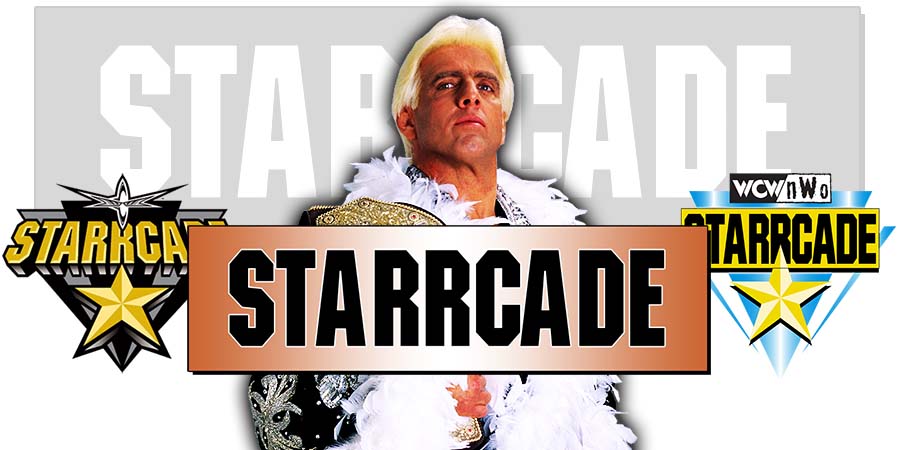 7. The Barbarian vs. Jeff Kramer

He’s going to make another WWE appearance tonight at the US Bank Arena in Cincinnati, Ohio for WWE Starrcade 2018 Live Event.

Flair is advertised to appear along with RAW Superstar Elias in a musical performance.

Speaking of Starrcade 2018, a MizTV segment with United States Champion Shinsuke Nakamura and his challenger for the night, Rey Mysterio, has been added to the live event.

Also, Braun Strowman vs. Baron Corbin has been pulled due to Strowman’s injury.

Below is the updated match-card for Starrcade 2018:

– The Miz interviews Rey Mysterio and Shinsuke Nakamura on MizTV