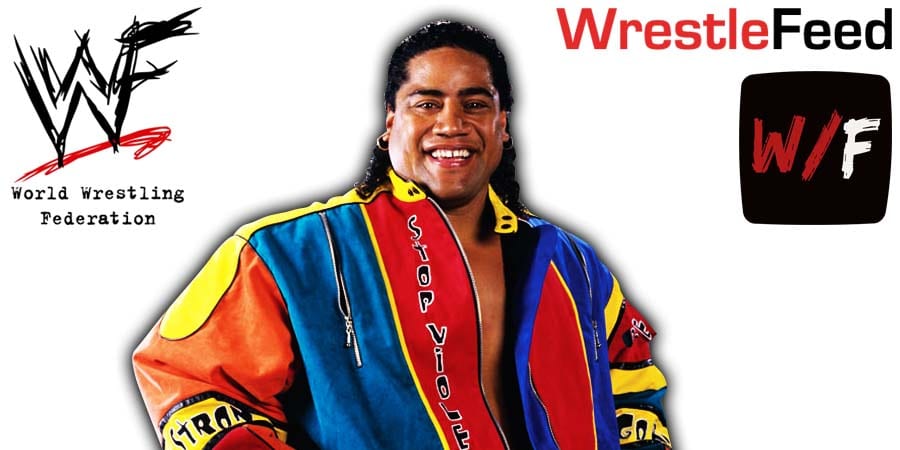 WWE Hall Of Famer Rikishi’s sons, Jimmy and Jey Uso, have had a pretty successful run as a Tag Team in WWE with 6 Tag Team Championships coming under their resumes.

While Jimmy was out of action for most of 2020, Jey stepped up his game by feuding against Universal Champion Roman Reigns, and then joining forces with him to show what he’s capable of on his own.

Rikishi’s third son, Sefa Fatu, may also become a player in the big leagues soon as he expressed his interest in joining AEW recently.

There might be a chance that Sefa gets signed to AEW as the company’s EVP, Cody Rhodes, acknowledged his tweet and wrote the following:

I’ve never met an Uce that couldn’t wrestle at the highest level!

Might need to make a scouting trip to see Sefa…”

I’ve never met an Uce that couldn’t wrestle at the highest level!

Might need to make a scouting trip to see Sefa… https://t.co/lE9iAdVTtn

Sefa also took a dig at Roman Reigns when a fan told him that the Head Of The Table won’t appreciate him going to AEW instead of acknowledging him as his Tribal Chief in WWE.

“I make a seat at my OWN table uce..Get right”

I make a seat at my OWN table uce..Get right https://t.co/Gp9hhHpXYL

Also Read: Rikishi’s Father Passed Away During A Video Call With Him In October

It was broadcasted from the Macon Coliseum in Macon, Georgia and featured matches, interviews & storyline segments on the road to the ‘WCW Starrcade 1996’ PPV.