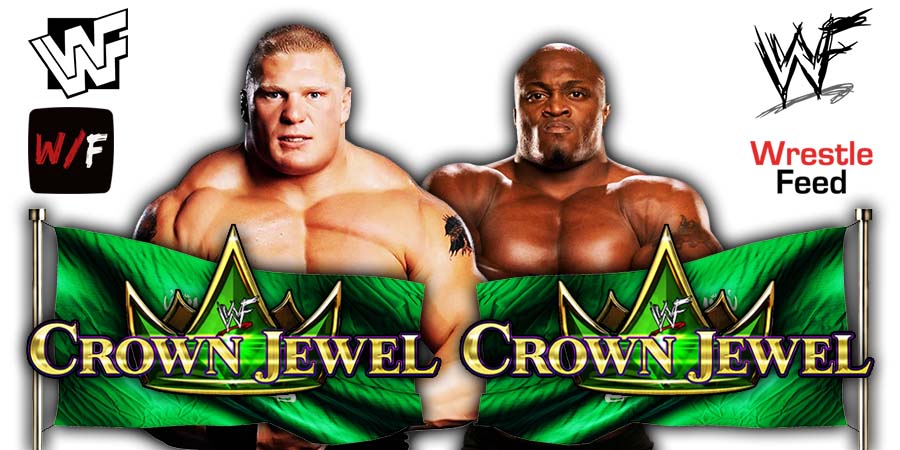 On his ‘Wrestling with Freddie’ podcast, former WWE writer Freddie Prinze Jr. spoke about the currently ongoing Brock Lesnar versus Bobby Lashley storyline and stated that the fans really want to see an actual (legitimate / shoot) MMA fight between the two Powerhouse Superstars.

Here’s what Freddie had to say:

“People have wanted to watch these guys fight and have gotten to see a little bit. I always wanted these guys to fight in their prime and it never really, like, matched up schedule-wise.

It’s like, Bobby wasn’t in the WWE or Brock was in the UFC. I would’ve loved to see them fight in Mixed Martial Arts because they both have experience in that as well.

It actually is probably the only match that I’m hyped for on the entire Crown Jewel card.”

This episode was hosted by Mean Gene Okerlund & The Macho Man Randy Savage and included matches, promos & storyline segments on the road to the ‘WWF Survivor Series 1991’ PPV.

The Barber Shop with Hulk Hogan

Hercules vs. The Big Boss Man

Sgt. Slaughter “I Want My Country Back” Vignette