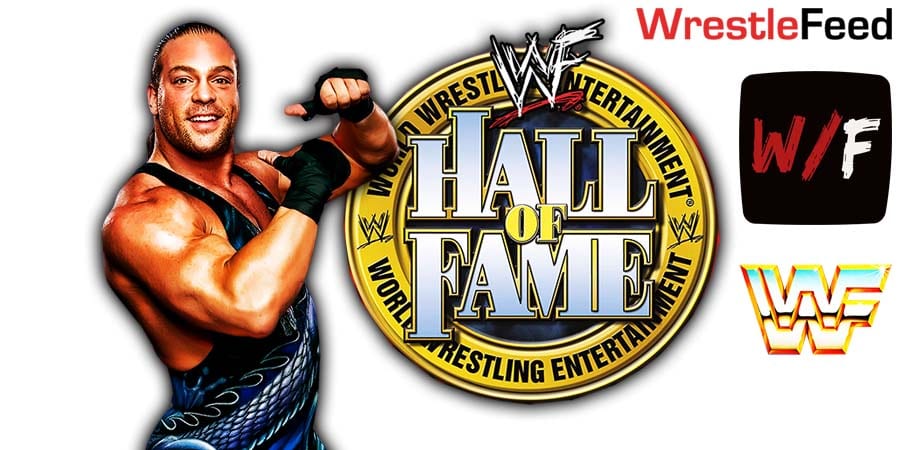 According to Fightful Select, former WWE Champion Rob Van Dam is set to get inducted into the WWE Hall Of Fame Class Of 2021.

A “WWE Icons” documentary on RVD is also set to come out in a few months on the WWE Network.

As of this writing, only two names have been officially announced for the WWE Hall Of Fame Class Of 2021 – Molly Holly & Eric Bischoff.

The WWE Hall Of Fame Class Of 2020 will also get inducted during this year’s ceremony on April 6th, which will take place at the WWE ThunderDome.

However, Batista (who was the headline inductee of the 2020 Class) won’t get inducted this year, as WWE is saving his induction for the future, when fans can actually be in attendance.

During a recent interview for the Dropkick podcast, RVD revealed what it would take for him to return to the WWE.

“One thing that I know is that there’s no way that I would ever go back to the schedule that I was on, you know what I mean?

Right now, the pandemic, it doesn’t look like anybody’s doing that schedule but I don’t expect that to last that much longer. Looks like my perspective is like the world is starting to open back up again and so I expect there to be some shows. In fact, I’m booked on a show coming up: Frontline Pro April 3rd in Wisconsin.

But you know money talks, you know what I mean? Like if it was right then it’s worth it, but definitely I don’t have any interest in being, you know full-time.

I don’t get excited about working with young kids, I don’t miss being in the ring, I don’t care. If it’s worth it, it’s worth it. It’s not that I don’t care, but It’s just you know I go with the flow and that’s how I make my decisions.

I wouldn’t hold my breath to see me wrestle on TV again.”

Also Read: Rob Van Dan Says His Romance Angle With Stephanie McMahon Got Cancelled Due To His “Evil Ex”

3. The Viking (The Berzerker) vs. Danny Brazil