• Batista Not Getting Inducted Into The WWE Hall Of Fame

The WWE Hall Of Fame 2021 ceremony will air on April 6th. Inductees from Class Of 2020 and Class Of 2021 will get inducted this year (since last year’s ceremony was cancelled due to the COVID-19 pandemic).

In late 2019, Batista was announced as the headliner for the WWE Hall Of Fame Class Of 2020, but it looks like he won’t be getting inducted this year.

WWE has pulled the article of Batista’s WWE Hall Of Fame induction from their website.

When a user tries to visit that page, they get the following message: 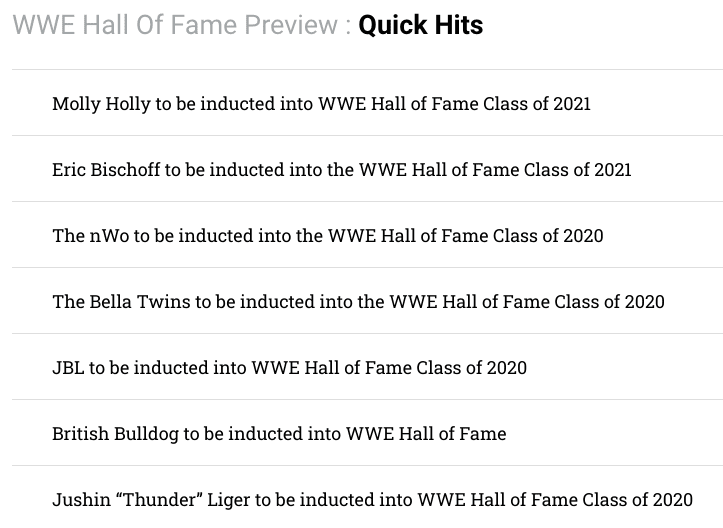 Batista being removed could be related to his non-availability during WrestleMania 37 Week, as he’s in Australia filming the new Thor movie.