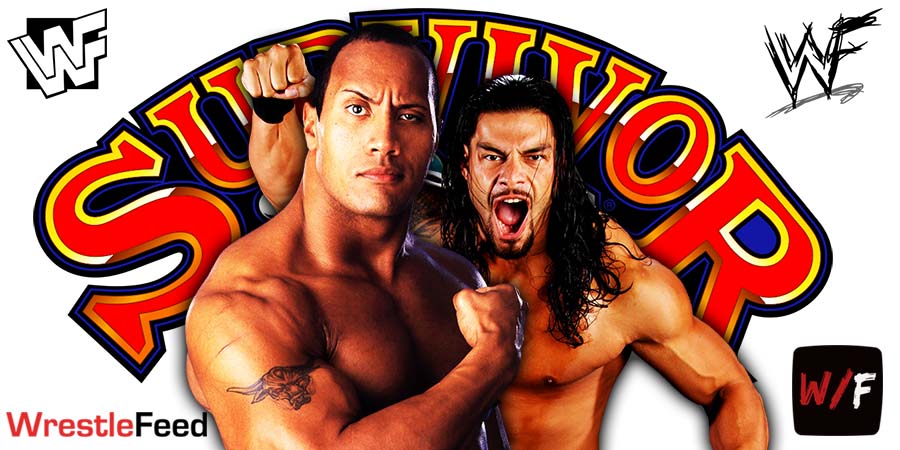 During his appearance, Fallon talked about the 25th anniversary of The Rock’s debut and rumors of The Rock appearing at Survivor Series 2021 this Sunday night.

Reigns then said he has not heard about these rumors.

Fallon then mentioned how the fans want The Rock vs. Roman Reigns, and if The Tribal Chief is open to having this match.

Fallon also had some question for Roman about the Superman Punch. You can watch it below:

As we have noted before, there were discussions about having The Rock appear at Survivor Series 2021, but that won’t be happening as Rock is in Australia to film season 2 of Young Rock.

The PPV theme song of this dual brand (WWE RAW & WWE SmackDown!) pay-per-view was “Always” by the band ‘Saliva’.