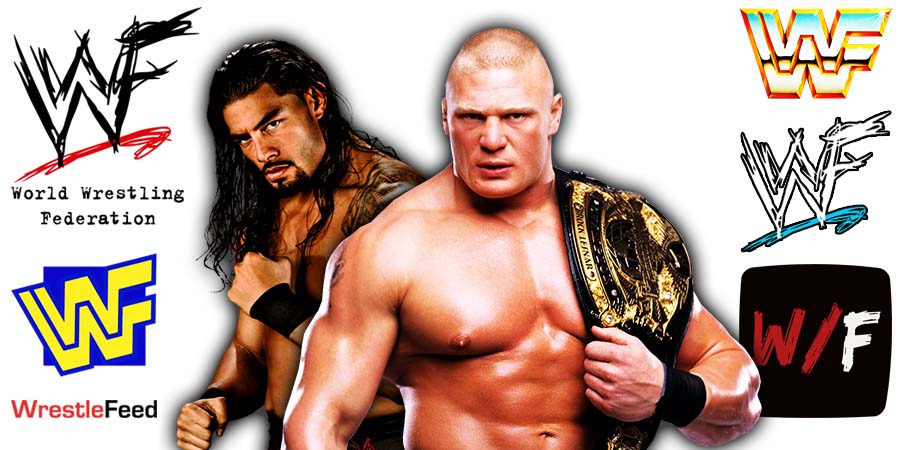 After the match, Universal Champion Roman Reigns attacked Lesnar. The Usos joined in, but Lesnar took them out.

Reigns then brutally assaulted Lesnar with a Steel Chair and Steel Ring Steps, and left The Beast busted open.

The Tribal Chief then posed with both the Titles to end the show.

WWE posted a video of this on Instagram and it has drawn 5.2 million views so far, which makes it the most-watched video on WWE’s official Instagram page.

Paul Heyman tweeted the following about it:

“BREAKING NEWS – This is now, OFFICIALLY, the single most viewed video in WWE Instagram History!”

“You just got the world’s most famous ass-beating. @thegarden”

It was broadcasted from the MCI Center in Washington, District of Columbia and featured pre-taped matches & storyline segments on the road to the ‘WWF WrestleMania X-Seven’ PPV.