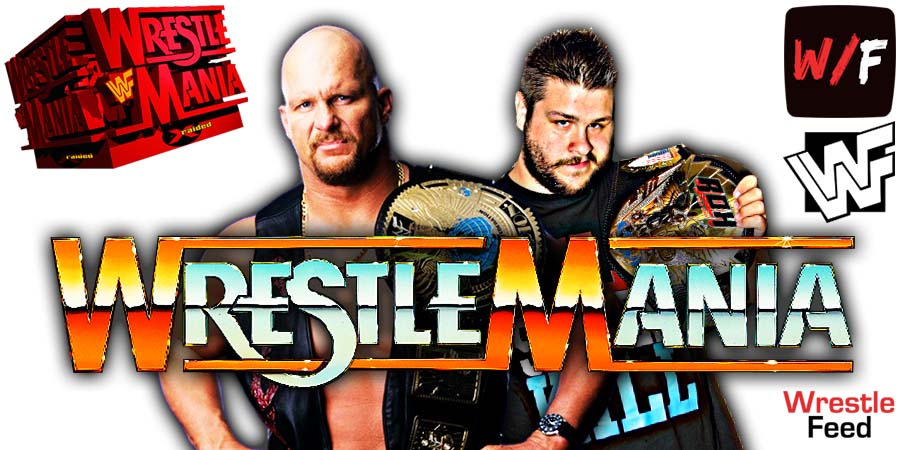 In the main event segment of last night’s RAW, Kevin Owens came out and said he will host his KO Show at WrestleMania 38.

One thing is for sure – Austin plans to open a final can of whoop a$$ at WrestleMania 38.

This episode was broadcasted from the Harbor Yard Arena in Bridgeport, Connecticut and featured matches & storyline segments on the road to the ‘WWE WrestleMania XX’ PPV.