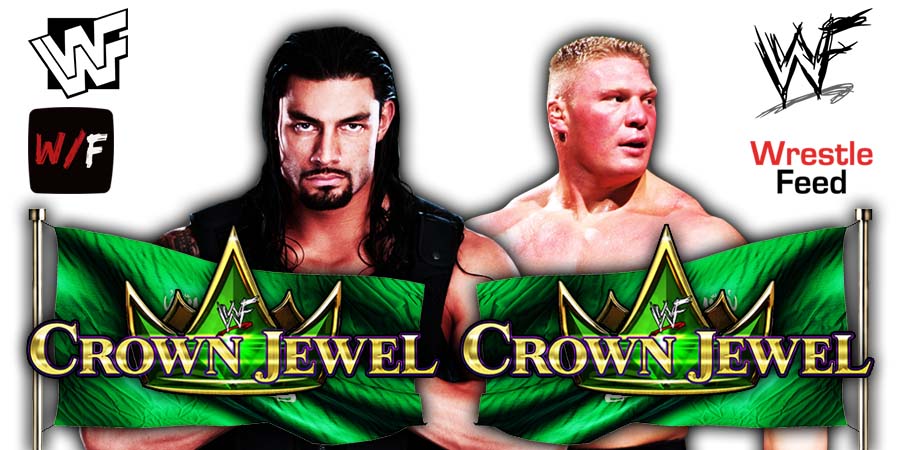 During an interview with Bleacher Report, Universal Champion Roman Reigns discussed Brock Lesnar’s return to WWE and facing him at Crown Jewel tomorrow.

I don’t know a lot about Brock. Just like you don’t. That’s the way he’s played it, and I think it’s a genius move.

Not only for himself and his mental health and his family and everything and just to keep himself out of the public eye, but it creates so much mystique behind him as a performer and as a character, which is something that’s a lost portion of what we do in our business, a lost piece of the art form.”

It was broadcasted from the Myriad Convention Center in Oklahoma City, Oklahoma and featured matches, interviews & storyline segments on the road to the ‘WWF Survivor Series 1997’ PPV.

7. The Godwinns vs. The Disciples of Apocalypse