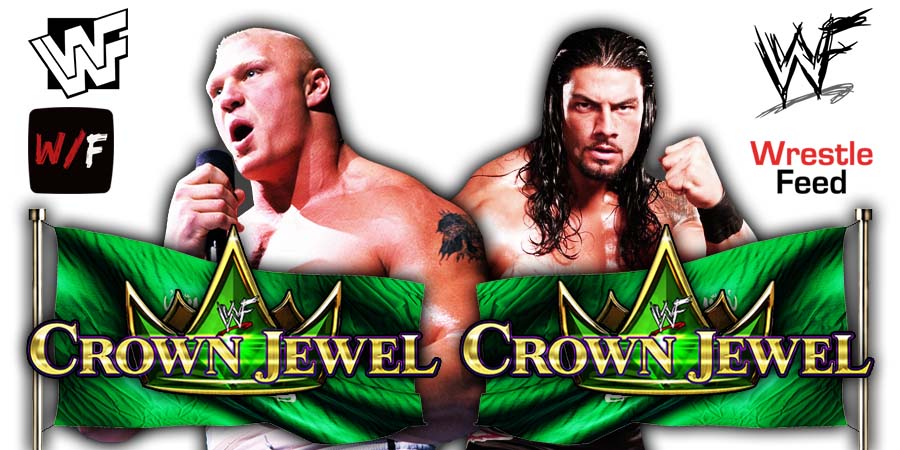 Tomorrow at WWE Crown Jewel 2021 in Saudi Arabia, Roman Reigns will defend the Universal Championship against Brock Lesnar in the main event.

This is the 1st time Reigns is facing Lesnar as a heel. In all their other matches, Reigns was the babyface.

According to the Wrestling Observer, this Reigns-Lesnar feud will be a “multi match series” and that tomorrow’s finish will be interesting:

“The show is built around Roman Reigns vs. Brock Lesnar for the Universal Title in the first match of what is expected to be a multiple match series.

The finish will be interesting. There are ways to beat Lesnar that still leave a rematch open, and WWE has no qualms with a non-finish.”