WWE Universal Champion Brock Lesnar returned to WWE programming on this week’s Raw to a big pop and then Paul Heyman started talking about how “The Destroyer” Samoa Joe choked him out on last week’s Raw. Heyman says he was fooled that Joe was the worst case scenario for Lesnar, but Joe is someone who can go toe-to-toe with “The Beast Incarnate”.

Heyman said Joe isn’t man enough to put the Coquina Clutch on Brock Lesnar and this leads to Joe coming out and it looks like he’s going to fight Lesnar! 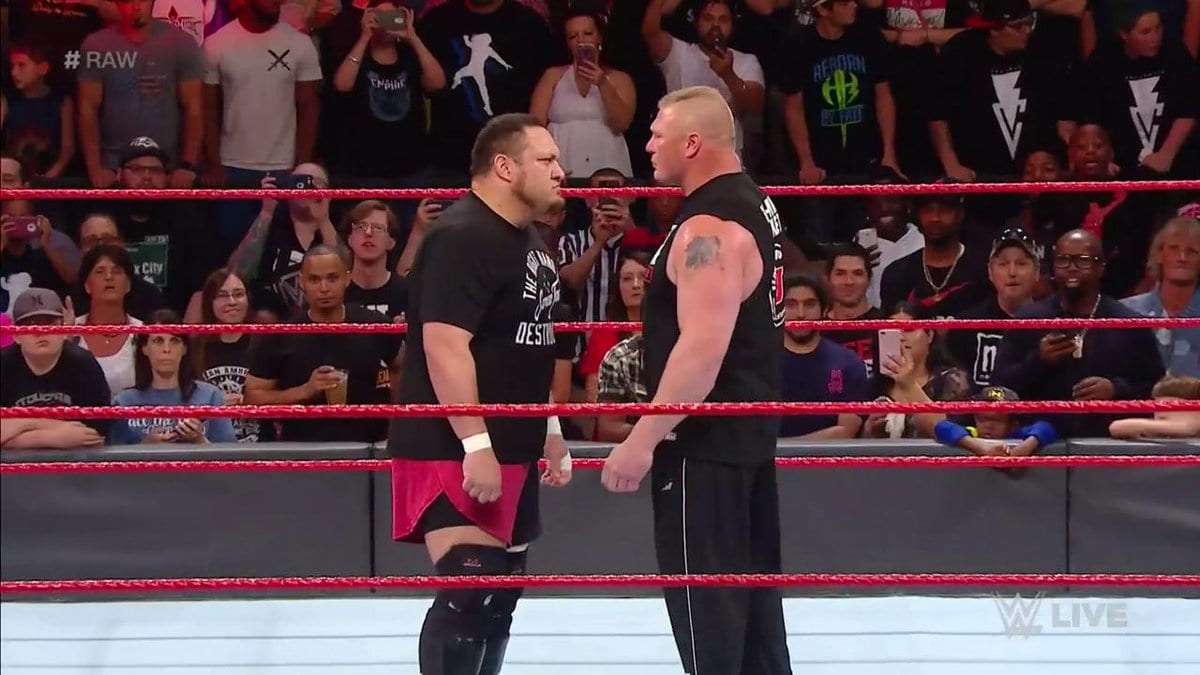 Joe & Lesnar come face-to-face and they start brawling. Security comes out on orders of Kurt Angle to separate them, but they beat down the security.

You can watch the complete brawl below:

WWE changed the Great Balls of Fire 2017 logo yet again (as it resembled male private parts) and you can check it out in the graphic below: