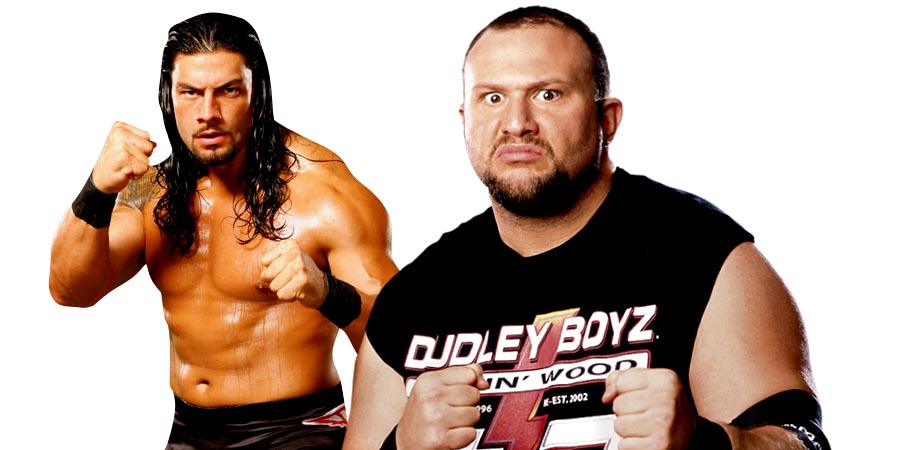 As seen on this week’s post-WrestleMania 33 edition of Raw, “The Guy” Roman Reigns opened the show and was booed throughout the segment.

Reigns didn’t say a thing for about 15 minutes and they the crowd kept on doing their chants. The only thing Reigns said was “This is my yard now!”.

A fan tweeted Roman that she would love to hear Reigns’ thoughts on this Raw segment. Below is what Reigns replied:

Loudest seg of the show. Maybe the loudest of the past 2 decades. And I could of stood there for another 15 min. #TheGuy #RAWaftermania https://t.co/l9Z5zuwYzr

WWF Veteran Bubba Ray Dudley was impressed with how Reigns handled the situation on Raw and tweeted the following:

And he hasnt said a word…#RAW

Below is Bubba’s conversation with a fan regarding this:

@bullyray5150 hate to break it to ya but this aint heat. The crowd legit hates roman. No one will ever cheer him.

Hate to break it to ya jagoff…but this is heat in its purest form. And you and others will continue to watch, pay and "boooo" = ??? https://t.co/I9vYBCNIN9