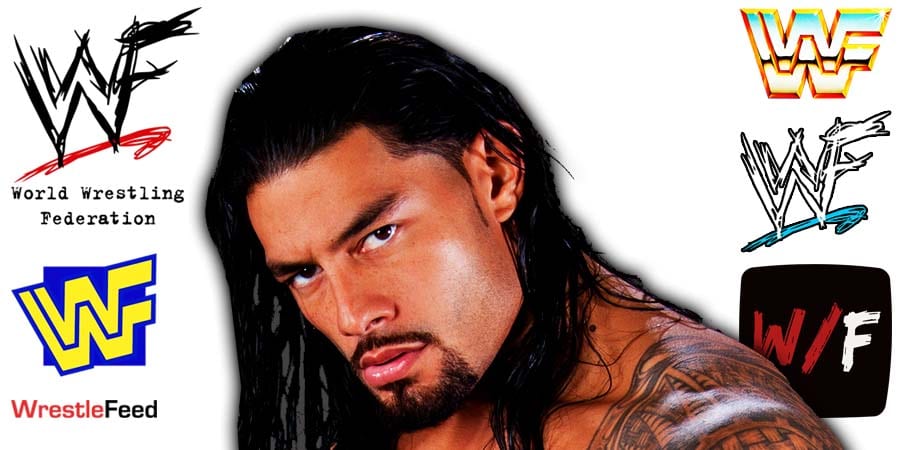 WWE Universal Champion Roman Reigns is the longest reigning World Champion in the company in the last 35 years.

During an interview on The Michael Kay Show, Reigns was asked who he thinks is the greatest of all time.

I’m just constantly pushing myself, and for many reasons, I feel like I’m surrounded by the greatest and me as a singles competitors, as the Universal Champion, as the top guy of WWE, the face of this billion dollar company, I’m the greatest of all time.”

Reigns is scheduled to battle WWE Champion Brock Lesnar in a Title Unification Match in the main event of WrestleMania 38 – Night 2, which will be his 6th WrestleMania main event!

– Photo stills Of The Ultimate Warrior vs. Macho King Randy Savage (From Wrestlemania 7)

– Photo stills Of The Hart Foundation vs. The Nasty Boys (From Wrestlemania 7)

– Photo stills Of Ted DiBiase vs. Virgil (From Wrestlemania 7)

– Highlights Of Sgt. Slaughter & General Adnan Attacking Hulk Hogan As He Goes Back To The Dressing Room

– The Big Boss Man vs. Hercules

– The Berzerker vs. John Allen

– Koko B. Ware Sings And Dances On A Stage