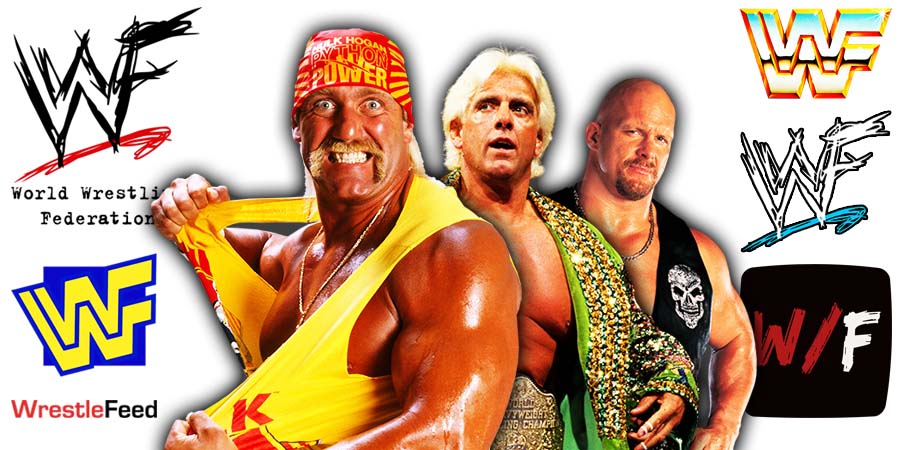 • Hulk Hogan Names The 3 Greatest Wrestlers Of All Time

2-Time WWE Hall Of Famers Hulk Hogan and Ric Flair had a night out in Tampa earlier this week.

While enjoying the night with fans at a bar, Hogan revealed who he thinks are the 3 greatest wrestlers of all time:

“Well, let me tell you something, brother! I want everybody in here, on the one, two, three, to give me a ‘Wooo!’ for the greatest wrestler of all time. One! Two! Three! Wooo!

Hey, thank you guys for coming out. This is the greatest wrestler of all time, Ric Flair.

Hulk Hogan's list of the 3 greatest wrestlers of all time:

Also Read: Hulk Hogan Comments On The 34th Anniversary Of His Most Watched Match