6. The Barbarian vs. Mark Thomas

Strowman posted a graphic on Instagram showing all his accomplishments in WWE so far:

“The Big Dog” Roman Reigns didn’t like Strowman boasting about his accomplishments, so Reigns commented the following under this post: 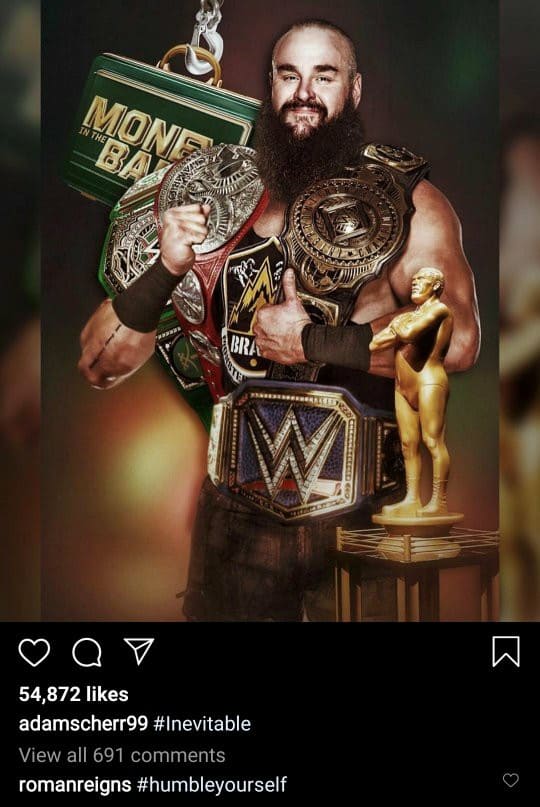 Since WWE plants seeds for their feuds and continues storylines on Social Media these days (with a recent example being Ronda Rousey and the female WWE wrestlers), is this the beginning of Reigns & Strowman feuding one more time?

Whatever it may be, it looks like Strowman needs to take Reigns’ advice as PWTorch is reporting that Strowman is going to be a transitional champion:

“He might end up being a transitional Champion. It is very much possible that he doesn’t end up holding the belt for long if this is just a bridge or a band-aid to get the belt back on Roman Reigns or to go a completely different direction.”

With Strowman rumored to defend the Universal Championship against “The Fiend” Bray Wyatt at Money In The Bank 2020, it could be possible that Strowman’s days as champion are numbered.