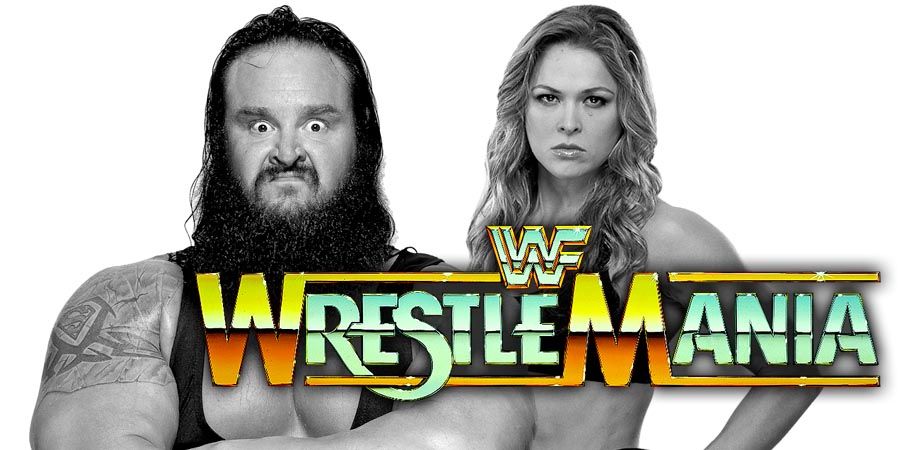 After not being considered good enough by WCW Power Plant head coach DeWayne Bruce, he signed with the World Wrestling Federation and was sent to “Wild Samoan” Afa’s wrestling school to learn the ropes, before they sent him to their developmental territory (similar to what NXT is nowadays) OVW Ohio Valley Wrestling in 2000, where Batista stayed till he debuted on WWE TV (shortly after the WWF/WWE name change) in May of 2002.

However, it looks like both of these plans are out of the window.

Dirty Sheets is reporting that Ronda Rousey will be involved in a tag team match at WrestleMania 34, which would see her teaming up with “The Monster Among Men” Braun Strowman to face the team of Stephanie McMahon & “The Game” Triple H.

WWE already kicked off the angle between Triple H & Strowman at Survivor Series last year, which ended with Strowman laying out “The King of Kings”. The two then had a staredown on Raw the next night, but nothing happened.

If Ronda Rousey competing in a tag team match at WrestleMania 34 is a lock, then she would most likely not end up being a surprise entrant in the first ever Women’s Royal Rumble match.