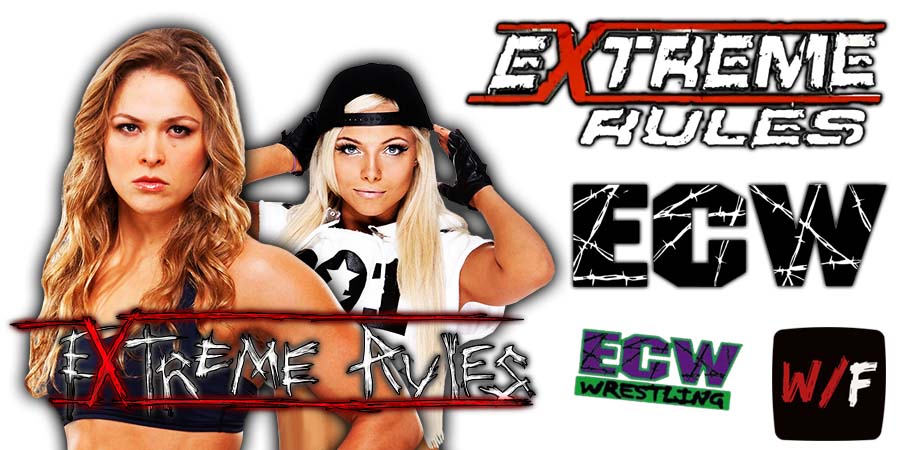 While talking about this match on her YouTube channel, Rousey revealed that crazy finish that she pitched for this match:

Liv would be fighting and trying not to tap and then pass out face down into the thumbtacks, having her hand there to protect her face.

[WWE] said we can’t do thumbtacks anymore. Legally, we can’t purposefully injure people and cut their skin. I was like, ‘How about tiny maple leaf pins?’ ‘No.’ ‘How about a punch of screws on their side?’ ‘No.’”

The entire event was originally taped on September 21, 1989 at the Riverfront Coliseum in Cincinnati, Ohio.

The Bushwhackers defeated The Fabulous Rougeaus