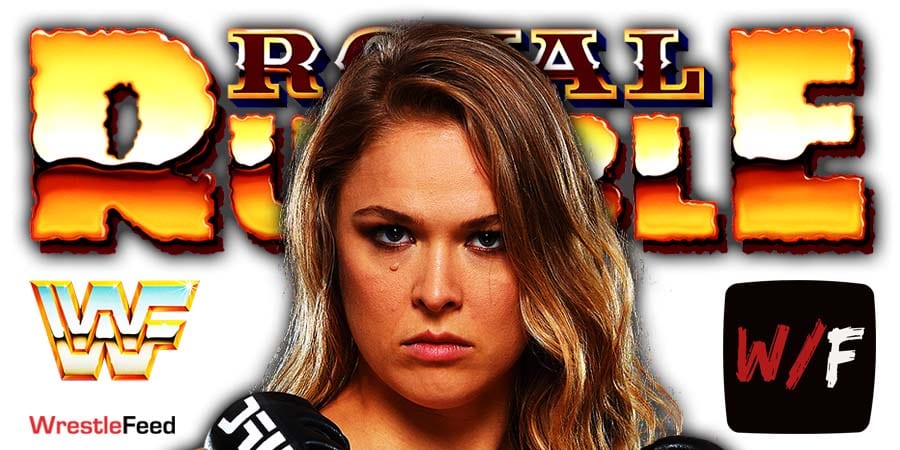 UFC Hall of Famer & former RAW Women’s Champion Ronda Rousey was last seen on WWE programming in the main event of WrestleMania 35, where she was pinned by Becky Lynch in a Triple Threat Match.

There are always rumors going on regarding Rousey returning to WWE, especially around the Royal Rumble / WrestleMania season.

Rousey recently took to Twitter to comment on odds of her winning the Women’s Royal Rumble 2021 match:

Best way to make a profit since r/wallstreetbets did that stuff with GameStop I don’t understand #RoyalRumble2021 pic.twitter.com/c4yxcO3fEV

Speaking of Rousey, TMZ Sports recently asked Stephanie McMahon if Ronda will ever return to WWE.

“Well, you know, Ronda’s been very public that she would like to start her own family and you know, once she does that, our doors are absolutely open, our arms are open.

We are very hopeful that Ronda will come back home to WWE.”