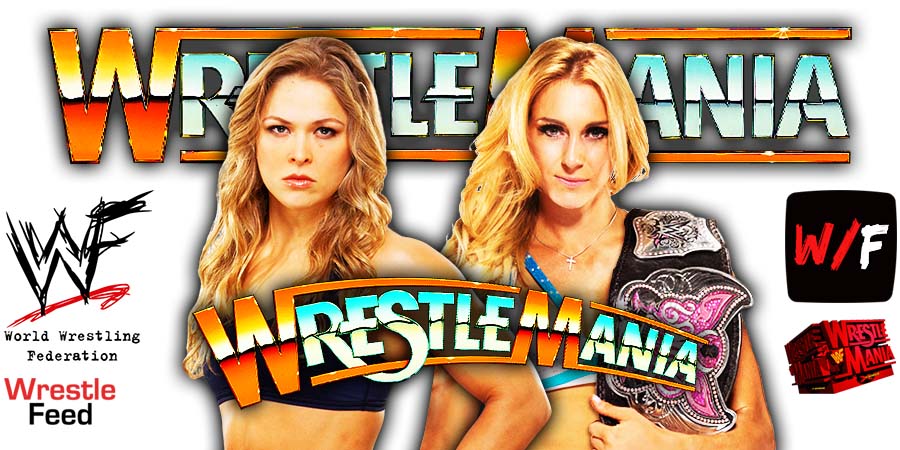 Charlotte Flair vs. Ronda Rousey for the SmackDown Women’s Championship was originally scheduled to be the main event of Night 1 of WrestleMania 38.

However, with WWE Hall Of Famer “Stone Cold” Steve Austin coming for a “fight” against Kevin Owens, that is the new main event of Night 1.

Owens even mentioned on this week’s RAW that The KO Show will be the main event this Saturday night.

However, Rousey appeared on the The Ellen DeGeneres Show on Tuesday and said that she’s in the main event of Night 1.

According to the Wrestling Observer, Vince McMahon may not have told Rousey about the change in plans yet, as Vince might end up changing his mind again:

Tuesday, Ronda Rousey is on Ellen DeGeneres and she says she’s in the main event on Saturday against Charlotte Flair. So I’m thinking, wow it’s probably Kevin Owens.

I know he was scripted on RAW and they probably never told Ronda because the plan all along from the day of the Royal Rumble until close to Monday, because even mid-week it was still Ronda Rousey in the main event – I’m guessing that they never told Ronda that they’ve changed it.”