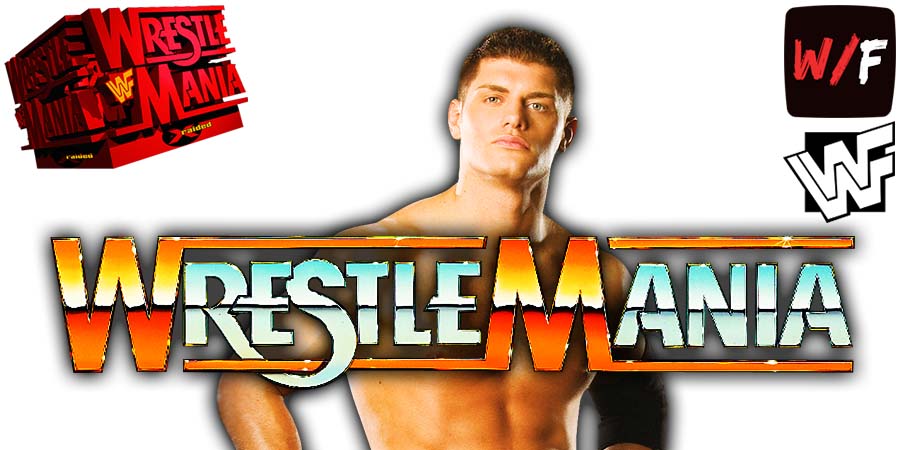 This opponent is scheduled to be Cody Rhodes, who’s returning to the company after 6 years.

Some fans, who are in Dallas at the WrestleMania Hotel to meet WWE Superstars & Legends, have told us that they spotted Cody at the Hotel.

He was wearing a hoodie and sunglasses to hide his identity, but they managed to see his neck tattoo.

Speaking of Cody, Paul Heyman was asked to give his opinion on Rhodes leaving AEW and the reason behind it.

Below is what Heyman said on The MMA Hour:

“He’s one of the founders of the company, a lot of it is his concept, a lot of the initial phase was on him, and Cody always had a vision to fill the boots of his father, not just in the ring but behind the scenes.

And the fact that he didn’t have the level of participation in decision making that he initially probably thought — this is speculation on my end, I never heard this from Cody, but just seeing the manner in which the creative end of that company grew — it doesn’t surprise me that at some point he was going to say, ‘Not what I originally envisioned and I want to see what life is like elsewhere.’

So when a founder of a company whose initial vision it was, or part of it was, leaves — that’s always surprising.

Knowing what I know, and that’s admittedly very little of the circumstances, not so surprised.”