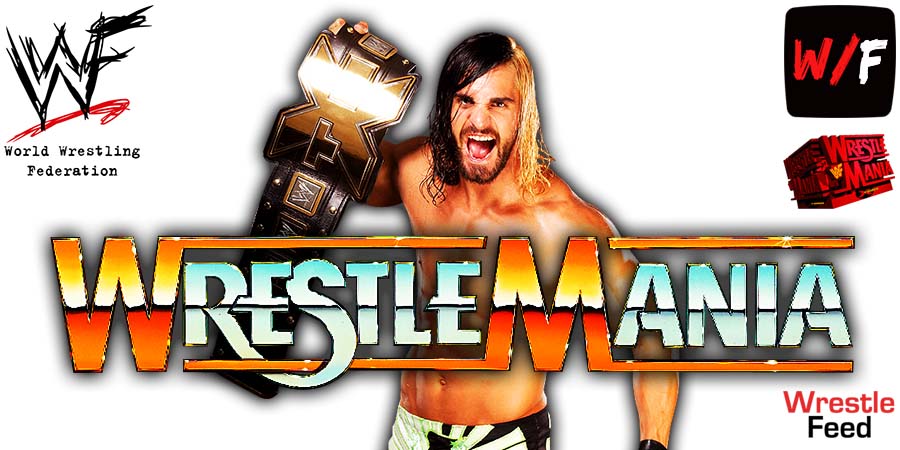 Vince McMahon called Seth Rollins to his Office regarding WrestleMania 38 on Monday morning.

WWE has posted a video of Rollins’ meeting with Vince. Rollins asked if Vince has called him to fire him.

Vince said if Rollins wants to be on the WrestleMania 38 card, all he had to do was ask him.

McMahon then revealed that Rollins will have a match at the Show Of Shows.

When Rollins asked who his opponent is going to be, Vince said it’s going to be someone of his choosing and that man will be revealed once Seth enters the ring at WrestleMania.

While everyone knows at this point that Rollins’ opponent is scheduled to be the returning Cody Rhodes, one former WWE Superstar wants a shot at Rollins.

Chris Masters went on Twitter to reveal that he’s available for WrestleMania as Rollins’ opponent and is in better shape than the entire WWE roster.

“Better yet, if Seth needs an opponent please let Vince know I’m available and still in better shape than just about the whole roster #WrestleMania”

Since his WWE release, he has wrestled in TNA/IMPACT Wrestling, NWA and the indy scene.

This episode was pre-taped from the Disney MGM Studios in Orlando, Florida and featured matches, interviews & storyline segments on the road to the ‘WCW Spring Stampede 1997’ PPV.