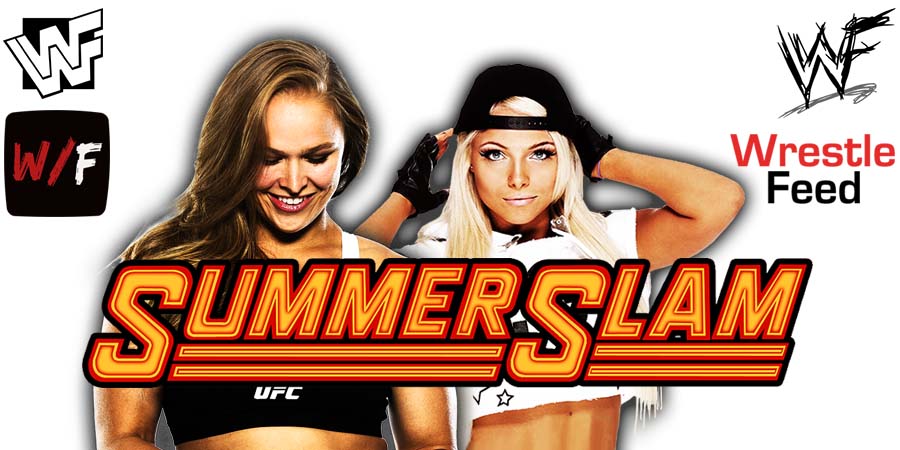 WWE has now suspended Rousey for her actions (which is a storyline). Below is what they posted:

“Following her attack on referee Dan Engler at SummerSlam, Ronda Rousey has been fined an undisclosed amount and will be suspended.

An irate Rousey attacked the official after her SmackDown Women’s Title Match, claiming he missed Liv Morgan tapping out to the Armbar while he counted the pinfall.

Due to her suspension, Rousey will not appear on this week’s Friday Night SmackDown.”