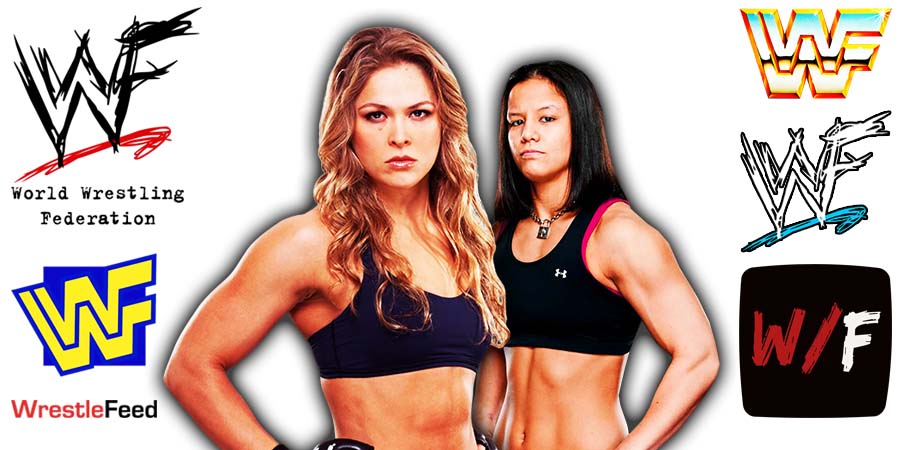 On fans wanting to see her team up with her UFC friend Shayna Baszler in WWE:

“Me too. I wanna tag with Shayna so bad guys. Just make demands for it online nonstop. They look at that sh*t.

Me and Shayna should be Tag Team Champs. Guys make a trend, they’ll pay attention. Keep asking for it. They pay attention to socials.”

On if her husband, former UFC fighter Travis Browne, will join WWE one day:

“I think it would be super cool but it also seems like the type of thing, they would want us to move to Florida and do the whole PC thing.

But yeah, life is busy here at Browsey Acres, we got a lot to do. We’ve got two boys out here, we can’t just be moving to Orlando.”

Also Read: “Ronda Rousey should get punished” – Mark Henry On What Happened On SmackDown