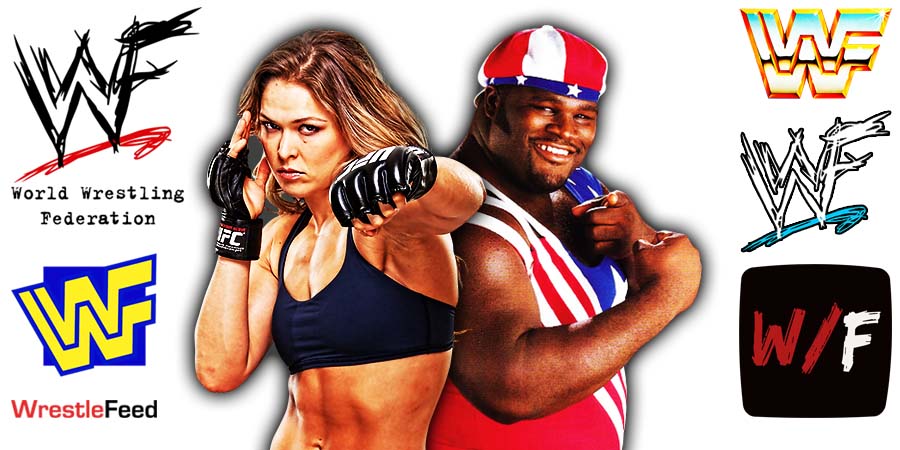 Ronda then removed her jacket and Sonya stopped her from getting physical. Charlotte then tried to punch Ronda, but Ronda ducked it. Sonya jumped on Rousey’s back, but Rousey took her down with the Piper’s Pit and then locked in the Armbar to send a message to The Queen.

On Busted Open Radio, AEW personality Mark Henry noted that Rousey should be punished for attacking Deville (a WWE Official), as that makes sense according to the storyline:

“You’ve been telling me that when Sonya Deville takes the jacket off she’s a talent. As long as she’s got the jacket on she’s the GM.

So now is there going to be punishment? Ronda should get punished. You can’t put your hands on an official. Right? Am I wrong?

I’m looking for logic in some sh*t that just don’t exist. I feel like taking a ball-peen hammer and hitting my fingertips. My head’s hurting.”

Also Read: WWE Officials Had A Talk With Ronda Rousey After Her Promo On RAW Last Week

In 2006 Sherri Martel was inducted into the WWE Hall of Fame by her former on-screen client Ted Dibiase.