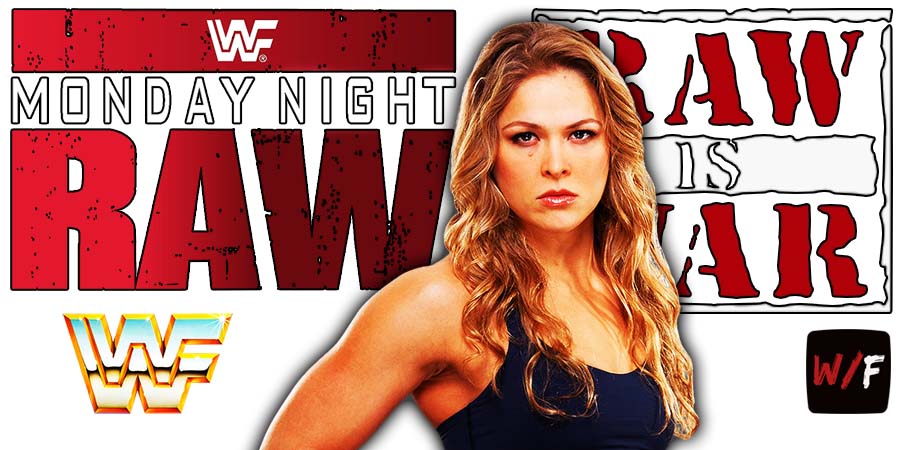 After winning the Women’s Royal Rumble 2022 match, Ronda Rousey was interviewed backstage and she said the following in her interview:

The next night on RAW, Ronda showed her bitterness towards the fans, as she hasn’t forgotten how they turned on her during her first run in WWE.

According to the Wrestling Observer, WWE Officials had a talk with Ronda after last week’s RAW, where they told her to let her bitterness go, as she’s supposed to be a babyface heading into WrestleMania 38 and she was coming off as a heel:

“She wants to be there. She doesn’t have to do this. She hates the fans because of them turning on her, but you have to let that go. Somebody explained to her…I know people talked to her about certain things.

But, it was explained that you have to let that go. Because if you’re going to be bitter about that…you’re not supposed to be a heel and if you’re bitter at the fans you’re not going to be a very good babyface. She was way, way bitter.”

As seen on SmackDown, Rousey changed her attitude and was seen smiling and high-fiving the fans at ringside.

Also Read: “I never felt that kind of strength in a woman before” – WWE Hall Of Famer On Ronda Rousey

This episode took place at the Manchester Arena in Manchester, England (UK) and featured matches, interviews & storyline segments on the road to the ‘TNA Lockdown 2013 PPV.