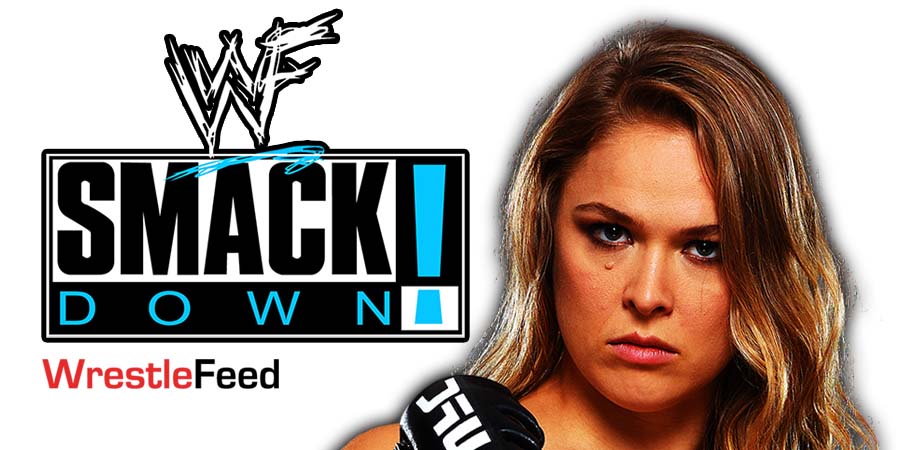 Ronda then removed her jacket and Sonya stopped her from getting physical. Charlotte then tried to punch Ronda, but Ronda ducked it. Sonya tried to attack Rousey, but Rousey took her down with the Piper’s Pit and then locked in the Armbar to send a message to The Queen.

After the show went off the air, Rousey teamed up with Naomi to defeat the team of Charlotte and Natalya.

Ronda quickly made Natalya tap out before Charlotte or Naomi could enter the match.

Speaking of Charlotte and Naomi, they will face each other next week with the SmackDown Women’s Championship on the line.

Also Read: “I’m coming and I’m bringing all the milk with me” – WWE Star