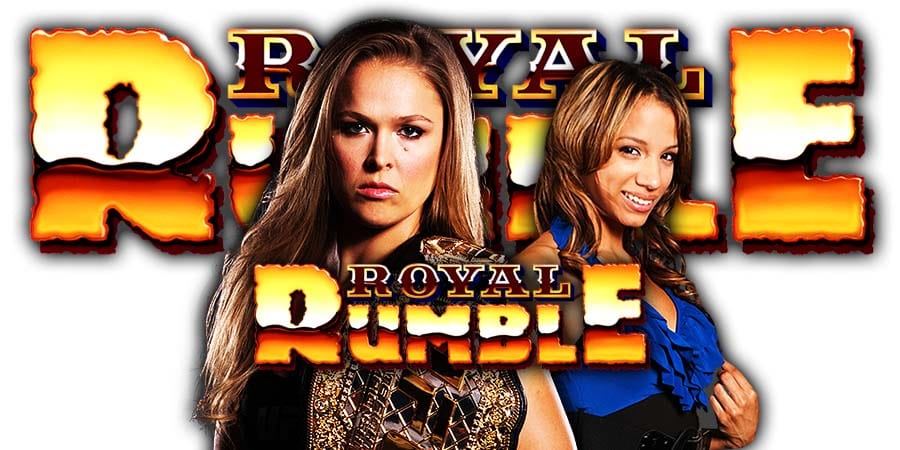 Rousey made her official WWE debut at last year’s Royal Rumble PPV. She has now been the RAW Women’s Champion for 161 days.

The match begins and both women go back & forth and Ronda gets the upperhand. Ronda then mocks Sasha’s Boss taunt.

Ronda is woman-handling Sasha and kicks her out of the ring. Ronda goes for a punch on the outside, but Sasha moves out of the way and Ronda slams her hand into the ring post.

Sasha locks in an Armbar of her own and Rousey is in big time trouble! Ronda tries to get out, but Sasha now locks in the Bank Statement, but Ronda manages to get out of that as well.

Ronda hits the Piper’s Pit on Sasha, but Sasha took a lot out of Rousey.

Sasha nails a Superplex on Ronda! Sasha is now working on Rousey’s injured arm and has locked in the Kimura Lock, but Rousey counters and takes down Rousey.

Ronda takes down Sasha 3 times with the Judo Throws, but Sasha manages to throw Ronda out of the ring to buy herself some time.

Sasha goes for another dive, but Ronda catches her and locks in the Armbar on the outside.

Sasha taps out, but it doesn’t count as it’s outside the ring and Ronda now takes the action back into the ring.

Ronda nails Sasha with a series of punches and then a knee. Ronda goes for the cover, but Sasha kicks out.

Sasha locks in the Bank Statement and Rousey has no where to go. Sasha is using a part of her ring gear to make Ronda tap out, but referee sees it and stops her.

Sasha now locks in the Armbar, but Ronda counters and hits a Gutwrench powerbomb.