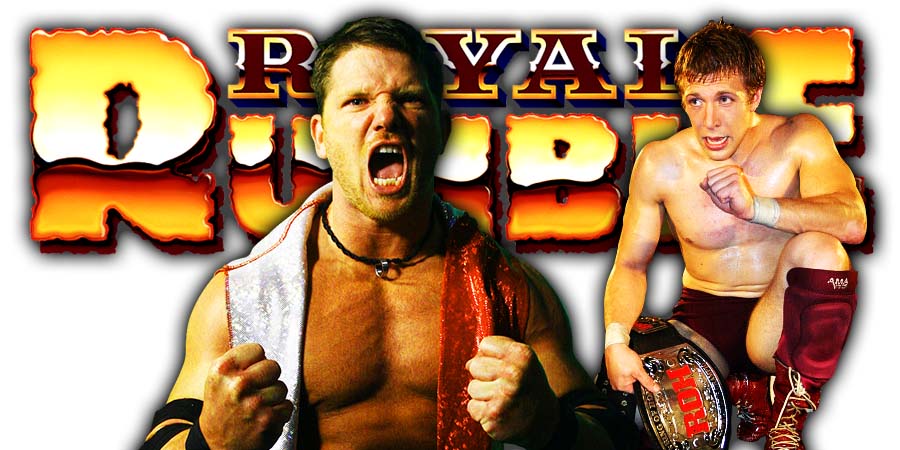 Up next is the WWE Championship match. “The Phenomenal” AJ Styles makes his way out first, followed by WWE Champion Daniel Bryan.

Here’s an interesting statistic about Styles: Styles has competed at 4 Royal Rumble PPVs and he was involved in WWE Championship matches at all of them (it should be noted that the 2016 Royal Rumble match was for the WWE World Heavyweight Championship).

After back & forth action, Bryan sends Styles shoulder-first into the steel post on the outside. The crowd is pretty silent for this match.

Styles delivers a knee right into the face of Bryan. Styles nails a reverse DDT on Bryan on the floor!

Bryan goes for a Belly To Back superplex, but Styles lands on his feet and goes on to lock in the Calf Crusher. Styles tries to pin Bryan, but Bryan kicks out.

Styles nails a Brain Buster on Bryan and goes for the cover, but Bryan kicks out!

Erick Rowan comes out of nowhere and he has his sights set on what’s going on in the ring.

Bryan accidentally kicks the referee, Styles hits the Styles Clash on Bryan and goes for the cover, but Rowan enters the ring and Chokeslams Styles while the referee is down!

.@ERICKROWAN WITH A CHOKESLAM TO STYLES. #RoyalRumble pic.twitter.com/E9meIiAszv

After the match, Rowan picks up Styles and allows Bryan to hit a running knee. Rowan then raises Bryan’s hand.