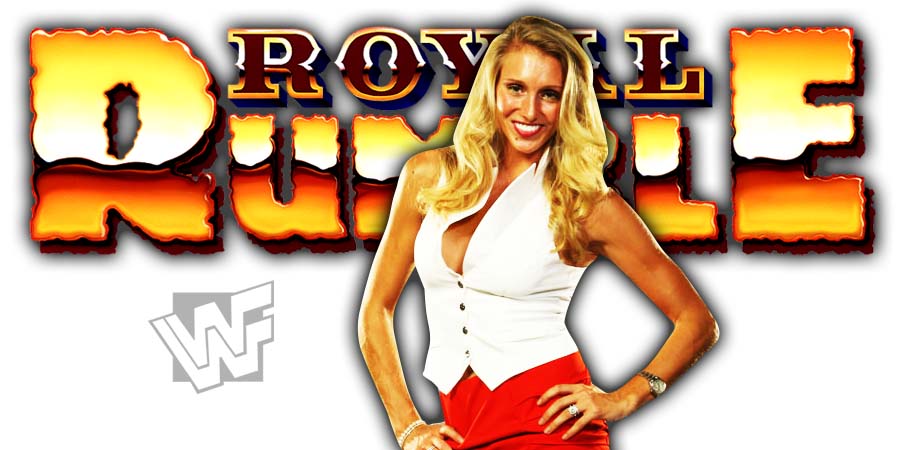 Up next is the Women’s Royal Rumble 2020 match.

Alexa Bliss is the #1 entrant. NXT’s Bianca Belair is #2. Attitude Era wrestler Mighty Molly enters the match at #3 and Nikki Cross enters at #4.

#5 is Lana! Lana comes out with a microphone and calls herself the greatest superstar in the world and calls the fans losers. She says she’s gonna win this match for her hot husband, Bobby Lashley.

#6 is Mercedes Martinez. #7 is Liv Morgan and she immediately eliminates Lana!

Mercedes tries to eliminate Liv, but Liv fights back. Liv goes to the top rope, but Lana pulls her down and eliminates her!

They fight on the outside and had to be separated by the referees. They’re going to face each other in a singles match tomorrow night on RAW.

Alexa throws Mandy over the top rope, but she lands on Otis (who was laying outside) and she stands on top of Otis and is not eliminated!

.@WWE_MandyRose is saved by… @otiswwe?! 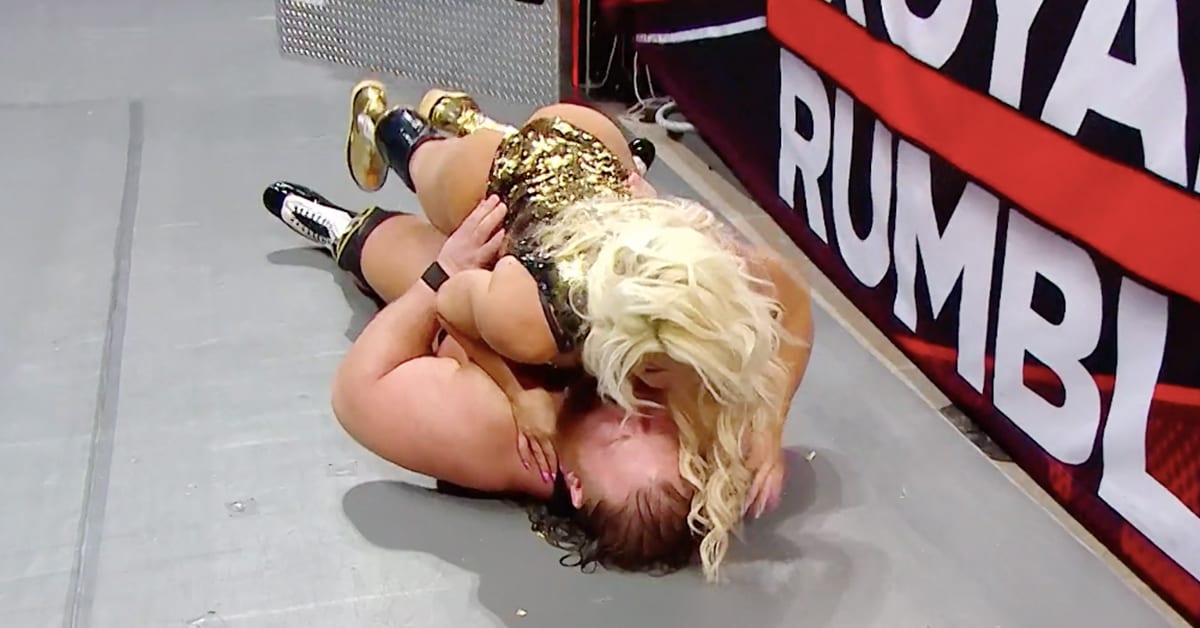 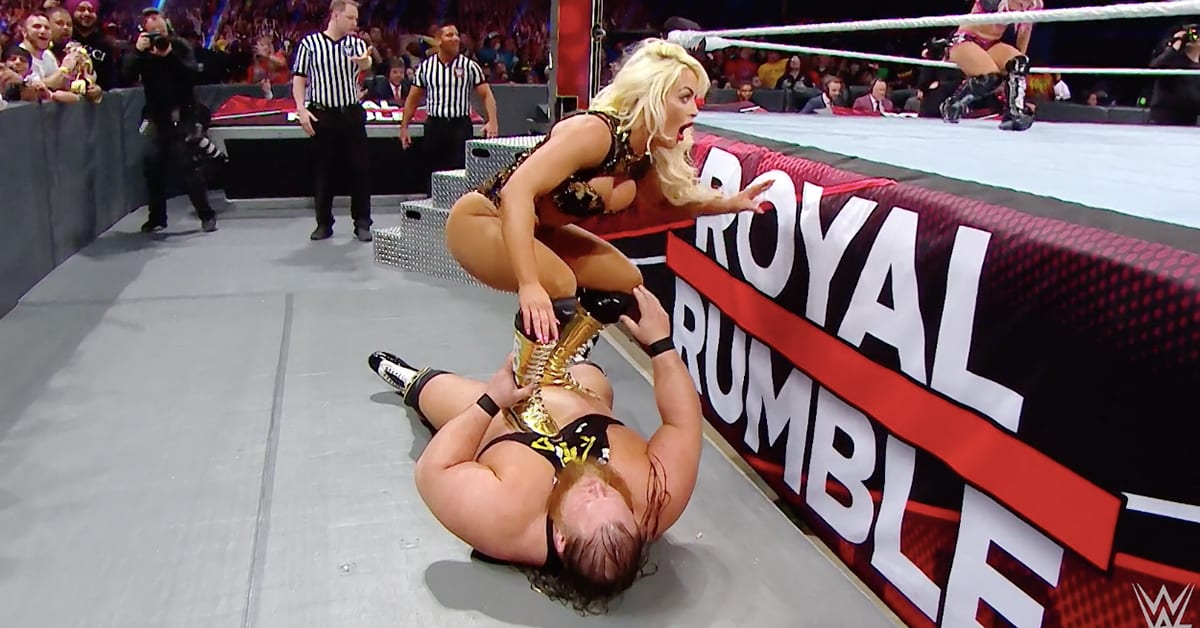 Otis saves Mandy again, but Sonya also falls on top of them and they both get eliminated.

#14 is Tamina Snuka. She gets eliminated by Bianca. Bianca has now eliminated 6 wrestlers in this match.

#15 is Dakota Kai from NXT. #16 is Chelsea Green. Green eliminates Kai and then gets eliminated by Alexa.

Bianca then eliminates Dana to take her eliminations to 7.

Bianca then eliminates Alexa and she has now eliminated 8 wrestlers!

#17 is Charlotte Flair. #18 is former SmackDown Women’s Champion Naomi, who makes her return with a new hairstyle.

Charlotte Flair hits Bianca Blair with a kick (who was on the top rope) and she gets eliminated.

#22 is Sarah Logan. This is her 3rd Royal Rumble match and Charlotte takes her out immediately.

Charlotte then punches Kelly Kelly out of the ring.

#23 is Natalya. Beth is bleeding from the back of her head. Natalya & Beth team up to Powerbomb Charlotte in the middle of the ring.

#24 is Xia Li. She is WWE’s first ever female signee from China. #25 is Zelina Vega and #26 is Shotzi Blackheart from NXT.

#27 is Carmella. Charlotte Flair fell out of the ring, but she fell through the ropes, so she isn’t eliminated.

#28 is Tegan Nox from NXT. She enters the ring and Chokeslams Zelina.

#29 is Santina Marella! Santina tries to hug Beth Phoenix, but Beth is angry. Santina sets up the Cobra, but is still afraid to attack either Beth or Natalya, so she (he) eliminates herself.

Baszler has now eliminated 7 wrestlers in a matter of minutes!

Natalya & Beth hit Shayna with a Hart Attack and Beth then turns on Natalya & eliminates her!

Charlotte tries to eliminate both Shayna & Beth, but fails. Charlotte & Shayna are preparing to square off, but Beth interrupts.

Charlotte eliminates Shayna with her legs and wins the match.