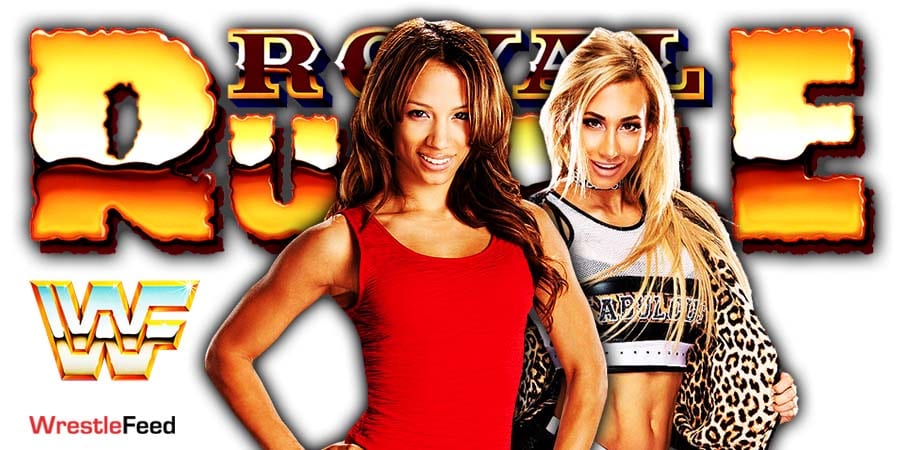 Carmella makes her way out first with Reginald, followed by the champion, “The Boss” Sasha Banks.

Carmella wasn’t able to defeat Sasha in their previous meeting and this could be her last chance at the Title for a while, so this is a must win situation for “The Untouchable”.

Sasha attacks Reginald on the outside and referee tells Reginald to leave. Carmella then delivers a nasty suicide dive where she hit her face on the floor. Sasha checks on her and she’s okay.

Carmella locks in her submission on Sasha, but Sasha countered it. Carmella later delivered a superkick and went for the cover, Sasha kicked out.

Sasha locks in the Bank Statement and Carmella taps out.

Kofi Kingston appeared in a backstage segment with Big E, Xavier Woods and Sami Zayn, and confirmed that he’s not cleared to compete and won’t be in the Men’s Royal Rumble match. 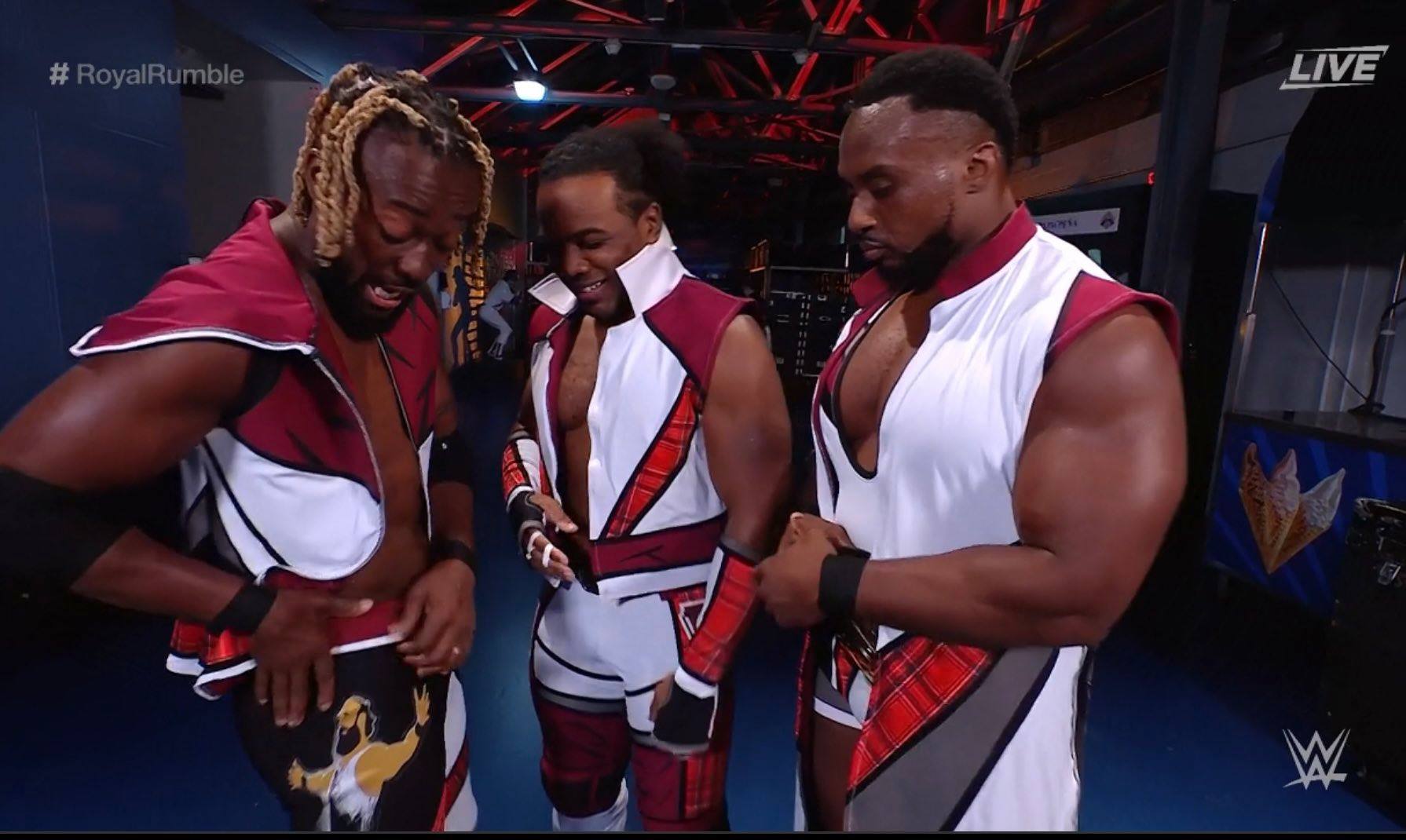 Bad Bunny performed his “Bad Bunny” song and two time WWE Hall of Famer Booker T was standing on the stage, just like he was standing in the music video.

In the end, Bad Bunny gave the mic to Booker T and Booker T said his iconic line: