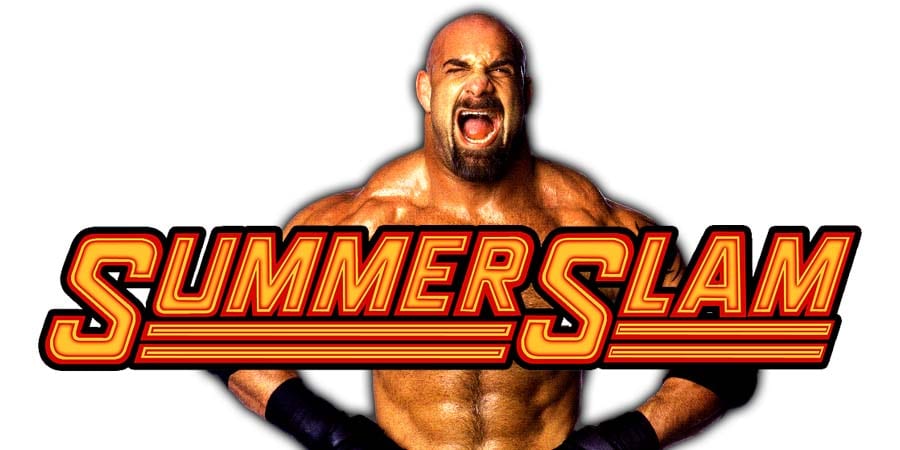 • Rumor Killer On Goldberg’s SummerSlam 2019 Match, WWE Not On Speaking Terms With Goldberg

During his match with The Undertaker in Saudi Arabia, Goldberg suffered a concussion, got busted open and the last minute of the match was something that didn’t go according to plan.

Dolph Ziggler has been taking shots at Goldberg on WWE programming since then.

On the post-Extreme Rules edition of RAW, Ziggler talked about his 17 second loss to Kevin Owens and said the following:

“It was Goldberg bad”.

You can hear Ziggler’s comments below:

Then on this week’s episode of SmackDown, Ziggler said that two time WWE Hall of Famer Shawn Michaels returning to the ring last November was ‘as embarrassing as Goldberg in a wrestling ring’.

This began speculation that WWE could be planning to do Goldberg vs. Dolph Ziggler at SummerSlam 2019, but that’s not the case.

Brad Shepard is reporting the following regarding this situation:

“According to a source in WWE, Dolph Ziggler is not currently scheduled to face Goldberg at SummerSlam. I’m told Goldberg and upper management haven’t been on speaking terms since his match at WWE Super ShowDown in Saudi Arabia.”

The Wrestling Observer also reported earlier that Goldberg might have backstage heat in WWE.