• Rumor Killer On The Undertaker Being Done With WWE

There’s a rumor going on that The Undertaker is done with WWE because he removed all mentions of WWE from his Twitter account. 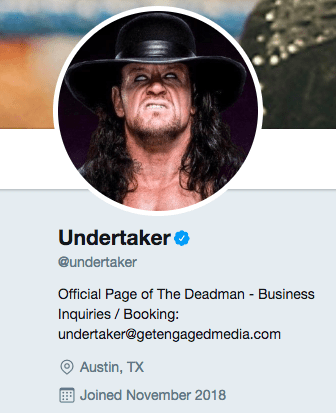 So The Undertaker promoting his individual appearances has nothing to do with him being done with WWE. Also, he doesn’t need to write in his profile that he works for WWE as everyone knows who he is.