2. The Headbangers vs. The Godwinns 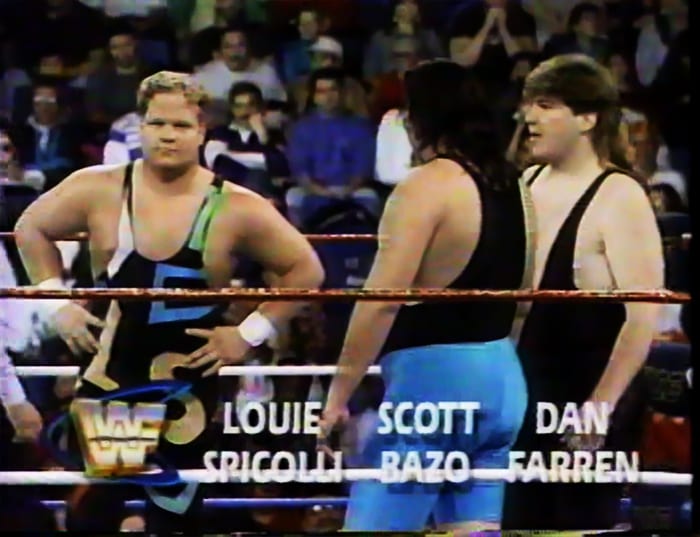 As we noted before, some fans who participated in the WWE ThunderDome stated that WWE was directing them about how to react for certain wrestlers.

However, that doesn’t look to be the case, as host of Busted Open Radio, Dave LaGreca, states otherwise. On Tuesday’s episode of Busted Open Radio, LaGreca said that WWE Producers only hype up fans and don’t tell them to cheer or boo for someone, as that decision is of the fans themselves.

“About 5 minutes before 205 Live starts, they kind of give you the low down. They say try not to use any signs unless it’s show related.  We don’t want any vulgar obscene gestures or anything like that. Let’s keep it clean and be animated. You never know when we are going to go to you so be as animated and as loud as possible.

There was nothing I thought was anything objectionable at all. Then the show starts. What they say is hey, WWE Universe, we have about 30 seconds, let’s start getting loud. We are going to be on TV. Let’s get animated. They will even say there are a lot of you in a dark room. Let’s try to get some overhead lighting so we can see your faces.

The reason why I wanted to experience it is that a lot of people said there are people coaching you on what to do and what to say and who to cheer for. Then you get into the show. You will hear them say let us hear what you feel about Roman Reigns or Paul Heyman. Or, here comes Sasha Banks and Bayley, tell us what you think.

If you’re seeing on social media they are coaching you on how to feel, that did not happen. Did they coach you to be excited and say you are going to be on TV so be animated, yes.”