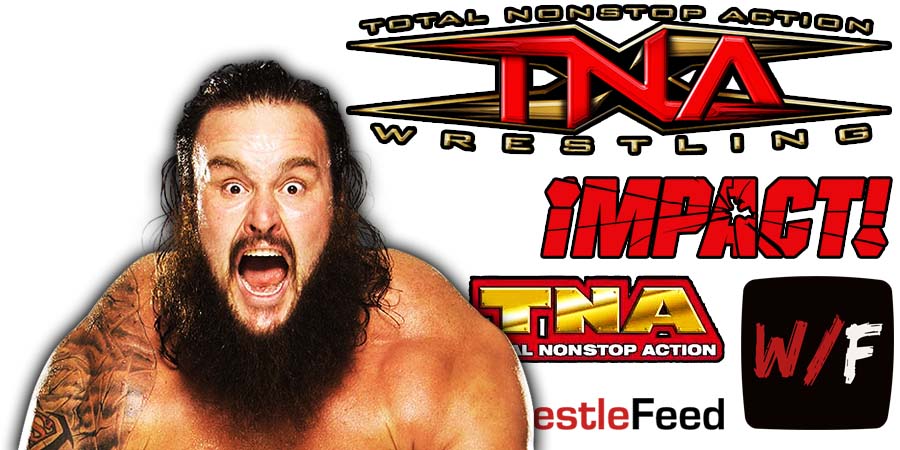 “It appears the former Braun Strowman will be here (in Impact Wrestling). Strowman is interesting because he is a big name who was a headliner in WWE until recently and would probably be pushed to the top here.”

Strowman, who will turn 38 next month, was released from WWE on June 2 and his 90-day non-compete clause ends on August 31.

Braun, who is currently in the best shape of his life, teased joining Impact Wrestling by tweeting the following:

“Remember in life if you’re gonna do something make sure you make an impact. Carve your name in stone!!! #Titan”

Remember in life if you’re gonna do something make sure you make a impact. Carve your name in stone!!! #Titan

Impact EVP Scott D’Amore recently said that they are on the road to “Braun for Glory”, thus teasing that Strowman will debut at their Bound For Glory 2021 PPV on October 23.

It was broadcasted from the Center Stage Theater in Atlanta, Georgia and featured pre-taped matches, interviews & storyline segments on the road to the ‘WCW Fall Brawl 1994’ PPV.