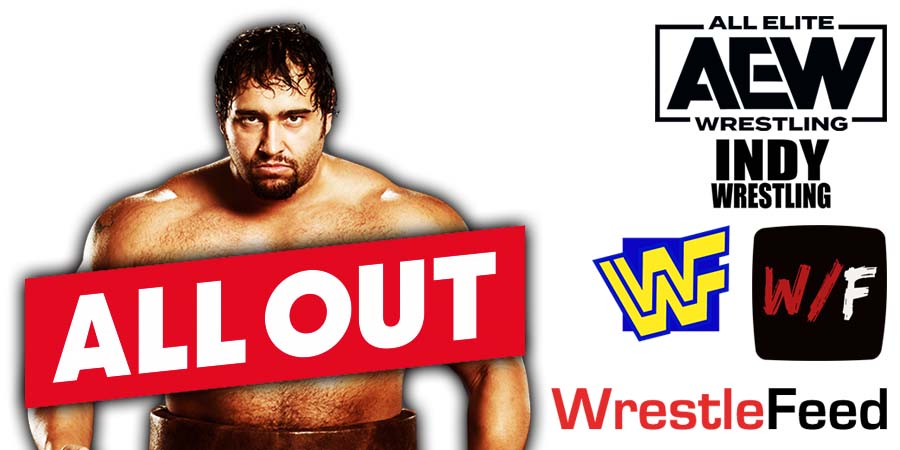 As seen on this week’s episode of AEW Rampage, TNT Champion Miro attacked Fugeo Del Sol and ripped his mask off.

Eddie Kingston then came out and the two got into a brawl, with Eddie standing tall.

All Elite Wrestling has now made Miro vs. Eddie Kingston for the TNT Championship official for the All Out 2021 pay-per-view on September 5th.

10 Matches have been announced for this PPV so far. Below is the updated match-card:

This episode was pre-taped at the Wheeling Civic Center in Wheeling, West Virginia and featured matches, promos & storyline segments on the road to the ‘WWF SummerSlam 1988’ PPV.

1. Koko B. Ware vs. Brian Costello

3. The Hart Foundation vs. Los Conquistadores